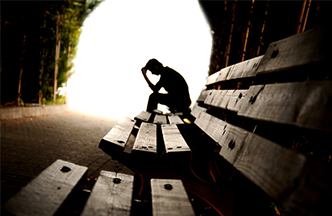 Alexei was harassed a lot as the only Jewish child in his class. He became disillusioned with people, addicted to drugs and asked himself what he lived for. He ended living on the street and eventually became so desperate that he wanted to jump off a building. Then his life took a turn…

During my early childhood I developed feelings of hate. As the only Jewish boy in class I was not accepted by my peers. Of course the adults were to blame for that. The kids simply listened to their parents and called our family ‘the Yids’. My father was a military man and I was born when our family was in Hungary. Our family did not lack food or clothing. Maybe simple envy was the trigger of these harassments?
I did not tell anyone about the mocking and the beatings, neither my parents, nor friends, since I had no real friends. It was so hard, to be one against all and that is why very early, at the age of fourteen, I became disillusioned with people. On the other hand, however, I was glad to be Jewish, it was a kind of positive pride.

What do I live for?

When I thought about my life I would ask myself, “What will happen to me in twenty, thirty years?” I knew that time would pass quickly. “What will happen when I am sixty or seventy?” It was painful for me to realise that I would just die and be forgotten forever. “So what do we live for? Why does it matter how we live our lives? The end is the same!” At those times I liked to remember the words of a rock song, ‘To be born in order to die!’

When it was time for me to join the army I thought about our family’s exciting life, how we moved from garrison to garrison. I really wanted to serve and gladly went to the army – it felt like home.
Then the war in the Caucasus began and I sensed the desire to take revenge on somebody, it didn’t matter whom exactly. The main thing was that nobody could punish me! At home I would go to prison for such things. That was how I used to lash out with my emotions.
I quickly moved up in rank and soon became commandant of the guard. I liked weapons very much and because of my cruelty I became indifferent to the lives of other people, and even to my own. Then I was wounded and sent home, but I could not find my place in the civilian life and started drinking heavily.

My family moved to Israel when I was 25 years old. I thought everything would be different in a new country, but it is impossible to run away from yourself. I continued drinking and started having problems with the police.
One day I met a girl and at the time I was already secretly using drugs. She helped me to stay away from drugs for some time. When our daughter was born I remained sober for several months, but then my drinking problem returned. My hopes to find peace in family life and get rid of my addictions were ruined. After a day at work I would go to a bar to drink again. Then the severe headaches began and I would take drugs to get rid of them. In short, I drank and shot up.

Eventually I ended up on the streets and I was given a suspended sentence for theft. My parents were not willing to take me home anymore. It was then that I met my younger brother and we started working together, but the money was spent on drugs. Then my brother went to a rehab. Our parents had only saved money for him to go to rehab; they had already lost all hope for me. I had to live on Tel-Aviv streets and steal.

One day I felt so desperate that I wanted to jump off the roof of a five-storey building, but then suddenly a woman approached me, a native Israeli, and gave me a sandwich, more bread and something to drink. Her deed made me want to pray, something I had never experienced before! I was so tired of this life, where nobody understood me and where I did not understand anyone myself.
Two hours had passed when two believers approached me and invited me to a Bible study. I agreed and within a couple of days I went to live in their community. I started reading the Scriptures and understood that God loves and forgives. I thought about my sins and my attitude to other people changed for the better. Four months later I felt God had forgiven me. I will always remember that day, 5:10 PM with a lump in my throat and tears. I know that I was born again on that day, by God’s great mercy!
I promised God that I would give Him my life. I know I am saved and that all my sins are washed away by the precious blood of Jesus. Thanks to Him I have the gift of eternal life and His wonderful love that can forgive so much! I see the same love for me in the eyes of my little daughter, sincere, Godly love

The real meaning of life

God showed me the real meaning of life – to live for Him.
Today I have a job and a normal life. I feel as if I have never drunk or abused drugs. In the past I always thought that I survived because I was such a tough guy, but now I understand, it was God who watched over me and kept me!
Now I know that each person doesn’t only come to this world to grow up, get married, have children, get older and die. This is the true meaning of life, to know the living God and to share the knowledge about Him with other people!

Read here more about the help to addicts in Tel-Aviv by Aviv Ministry. 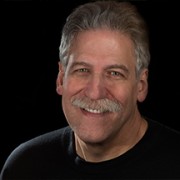 Michael Brown, ‘How could I, a Jew, believe in Jesus?’

We would love to hear how you met Yeshua. Click on contact to share your story with Jewish Testimonies.
Paul Liberman, ‘How the Lord led my life’

Paul Fodor, ‘I am free’
Scroll to top