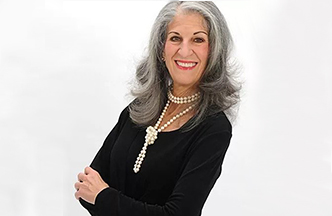 I was raised in a traditional Jewish home. My father was raised Orthodox, my mother was Reform so they raised us children Reform for the first twelve years of my life, and then we joined an Orthodox synagogue. I did not understand the various traditions and felt alienated from God. I was raised with moral values and the importance of our Jewish traditions, but there was no emphasis on prayer to God. I only prayed twice in my life, once when I was in a storm in a single-engine prop plane. God brought us on the ground yet I never did say thank You.

Yeshua is not the Messiah

I was taught that Yeshua was not the Messiah, that He was not born of a virgin and that He was not resurrected. Even though I was taught this, I still had a fascination with Jesus. I loved watching Bible movies such as Samson and Delilah, Jesus Christ Superstar and Jesus of Nazareth. In college, I took a class about Socrates and Jesus. Our textbook was the Good News for Modern Man version of the Bible. I remember reading it on Saturday afternoons in our dormitory on the bed, wishing I could understand Revelation. After the class, the Bible went on the shelf, not to be used until years later.

A Chance meeting in a Deli

In January 1980, at lunch with two business associates in my cousins’ deli in Dallas, Texas, the president of the firm told me that he was a Messianic Jew. I said, “A what?” as I had never heard that term. He called himself a born again Jew. I asked if that had similarity to the place that had a cross, a Star of David and a fish thing out in front (I later found out that was Zola Levitt’s office). They said yes and I asked them to tell me about it. Over lunch, Larry, the business owner shared his testimony, and recited Isaiah 53:6:
“All of us like sheep have gone astray; Each of us has turned to his own way; But the LORD has caused the iniquity of us all to fall on Him.”

Immediately, in my spirit, I knew that Larry was referring to Yeshua. He also recited some of Psalm 22:
“My God, My God, why have You forsaken Me? I can count all my bones; my tongue cleaves to the roof of my mouth … …dogs surround me…. they have pierced my hands and my feet… they gamble for my clothes”
This was about the crucifixion!

All I can tell you is at that moment, I was born again, and my spirit was born from above. The Holy Spirit enabled me to know that what those men were telling me the truth. The Holy Spirit enabled me to know that they were quoting Scripture from my bible, the Holy Scriptures, as the Jewish people call them. I asked him, “What do I do about my family?” He replied, “Yeshua said: ‘Truly I say to you, there is no one who has left house or wife or brothers or parents or children, for the sake of the kingdom of God who will not receive many times as much at this time and in the age to come, eternal life’” (Luke 18:29-30).

My life was forever changed in the deli. I walked into that deli on the way to hell and I walked out of the deli on the way to heaven. Yeshua truly made me Kosher. We went back to their office; they lent me a Bible and prayed for me. I got into my car and said to God, “God, I believe this but I am from Missouri, the Show me! state, show me this is true about Yeshua.”

God began to do for me that which I could never do for myself. God brought people into my life in such a way that He showed me that He loved me. Some of this was healing of hurts that only God could have known that I had. God helped me resolve guilt of being a victim of sexual assault (twice). No one knew those hidden hurts. God helped me to make amends to those who I had hurt. It was God who did it and not me. God showed me His will for my life. He picked me up and turned me around; He pulled me out of the dirt of my own blindness to my faults.

Home is where the Heart is

When I told my mom about my faith, she begged me not to tell my father, which I did not do for many years. I did not live near them and I never sensed the opportune time, but one day I picked up the telephone and told him. Initially he was intrigued, but later hated my faith. He had me go in and speak to his Conservative/Orthodox rabbi in Kansas City, the Rabbi and we agreed to disagree.

One year after salvation, my oldest brother Scott had been going through some hard times, a job layoff found him in Iowa with no car, no means home. I asked him if there was a Bible in the hotel, he asked me “Old or New?” and I replied, “Both.” He asked me if I was a believer, and he replied back, “Me too, I accepted Yeshua seven years ago at a huddle meeting of the Fellowship of Christian Athletes!” We both cried and rejoiced. Having my brother Scott as a believer has been one of the greatest gifts God has ever given me. My second brother, Mickey, just came to faith in Jesus in 2004, another great gift! This counts for eternity. All that matters to me is eternity. As death is man’s greatest enemy, to know that God assures us of eternal life, this gives great peace.

I never married until age 62, four years ago. My greatest prayer request is that my family table be filled at the Marriage Supper of the Lamb. It is a blessing to be able to walk one day at a time, with Jesus.

Bernie Tosdevin, ‘I am Jewish, I don’t study the New Testament’