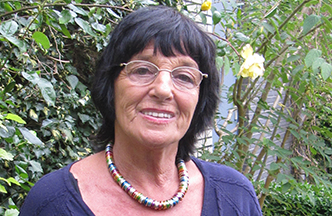 Betty lost most of her family in the Holocaust and was full of hate. When she was 27 years old she came to know Jesus who delivered her from this.

How I lost everything

I was only three years old when my parents handed me, my brother and my sister, just in time, to members of the underground. My parents and the rest of my family were deported. For security reasons they separated my brother and me. I lodged in Treebeek (Limburg) but when I got scarlet fever I was put up in another family and I ended up in a Christian family. Out of respect for my Jewish parents, who might be orthodox, they didn’t take me to church. As soon as the war was over, they reasoned, then my family would still be alive and I could grow up further according to my Jewish roots. However, in total 73 of my family members died in the Holocaust, amongst them was my mother.

How hate filled my heart

After the war my father, brother and sister suddenly turned up on our doorstep but they were total strangers to me. I considered my foster parents as my real parents. During the war my father got acquainted with a woman from the underground, whom he later married. The safe family from before the war was broken. My “new” mother was terrible and later it appeared that she was involved in occult practices.
During my teenage years things were getting so bad that I thought about ending my life. Growing older, the hate filled my heart more and more. It obsessed me so much that sometimes I started looking for the traitors of my family with a pair of scissors in my bag. These were delusions, but they dominated my life so much that I got heart and stomach aches.

Although the hate rooted deeper, I married and had children. My husband was from a Christian family. One day Theo, a friend of his, visited us. Theo saw my pain and sorrow and said, “Betty, you need God in your life.” I got awfully mad and said, “If God really exists, then He could at least have saved my mother! If you talk one more time about Him, don’t come here anymore!” Theo stopped speaking, but what I didn’t know was that in his church they started praying for me actively. After a few months Theo came around again and said, “Betty, God really loves you. Do you want to continue your life like this?” We spoke together and at the end of our talk he asked, “You have nothing to lose, why don’t you let God in your life and see if He really exists? Can I pray with you?” As Theo was so pure and loving, I agreed and after his prayer I said, “I would really like to know now if God really loves me. I want a sign!”

My husband and I would very much like to go on holiday, but we had little money at that time. Every time God came in my thoughts “I will challenge Him,” I thought and prayed (in a hostile way), “Lord, if you really exist, please take care that we can go on holiday. I need 300 guilders.” I just mentioned an amount with the thought, “This will not happen anyway.” The next morning my husband got the post and he gave me an envelope with “Betty” written on it in beautiful ornamental letters. I thought it would be an invitation for a Tupperware party or something like that, but when I opened the envelope, I was perplexed …. 300 guilders! I fell directly on my knees and shouted, “He exists, He exists!”
In the time that followed a lot of pain and grief came out. I talked a lot with God and wrestled with questions such as, “Why did you do this to my family?” I didn’t get any answers directly, but I realised that I had a Father to whom I could go with all my pain and sorrows. I learned to ‘cast all my cares upon Him.’ Words that I discovered only later in my Bible in 1 Peter 5:7. Trusting in God gave me some rest, but the hate was still there.

“God exists,” I told Theo when he visited us another time. “But that is not all. God sent His Son, the Lord Jesus, to this earth.” Theo replied. Shocked I said, “Ho, we Jews don’t believe in Jesus!” I associated Jesus with Nazi-Germany, with the people who killed my family.
“But Betty,” Theo said, “Jesus is also a Jew. His is the Way, the Truth and the Life. If you want to experience real freedom in your life, then you have to receive Him into your life.” I believed what he said; after all he had been right before. We prayed together and asked if the Lord Jesus wanted to come and live in my heart and lead me in all things. I was only 27 years old then, but it changed my life completely.

In spite of the joy that the Messiah had brought into my life, I collapsed every year around the day of commemoration of the dead. My heart would fill itself then with an intense hate about what had happened. When I would hear someone speaking German, all the memories would come back and I would clench my fists! In that week I would be sick of anger and cry a lot. “Betty, you have to learn to forgive your enemies” my husband would say. How could I forgive them after all that they had done to me? Anyway, I was convinced that I didn’t have to forgive. Didn’t the Lord know how much I had suffered?! Seven years passed. Remembrance day was close, when my husband showed me Romans 12 ‘Therefore if thine enemy hunger, feed him; if he thirst, give him drink: for in so doing thou shalt heap coals of fire on his head. Be not overcome of evil, but overcome evil with good.’ This text shocked me. I walked in my bedroom and cried out to God, “I cannot forgive, I can’t do it! Help me Lord!” Only when I cried out to God, I noticed there came a peace over me.

We lived in Amsterdam. On the day of remembrance of the dead I went alone to the commemoration on the Weteringcircuit. When I arrived there, I heard a man nearby speaking German. Although normally my anger would come up, I realised that I stayed completely calm. After the two minutes of silence I went to him and said, “I am Jewish. The Lord has healed me from the hate to your people.” The man didn’t know what happened to him and started to cry. He said, “I don’t understand, how can you forgive this?” I invited him to my home and my family were very surprised when I came in with a German! I could witness of a living God, who delivered me of this terrible hate. The man was a teacher in a secondary school. A few months later he visited us with a group of final-year students and I also witnessed to them. Only after the Lord had delivered me from my hate could I really grow in my faith. Only from that time on the Lord could really use me in His service.

Witness of her Lord

During the time that Betty lived in Amsterdam she shared the Gospel with many people. She offered relief in crisis situations, picked tramps and hippies from the street and gave them shelter. The love for them started in a miraculous way:
“I was with my husband on holiday, it was night and I very clearly heard someone in the room. I got out of my bed and turned on the light. In the middle of the room stood a hippie with long hair. “What are you doing here?!” I asked, frightened. “I am breaking in, madam.” It was a crazy situation. We started talking and I told him to sleep on the couch and that we would speak further in the morning. The next day he went with us to our house and stayed with us for some time. At that time we had a prayer group and house meetings that he sometimes attended. One day he said, “I also want to belong to the Lord Jesus! The love that you have, even when I regularly behave badly can only come from Him.” We prayed together and he received Jesus into his life. Shortly afterwards he came home with a Jewish girl who was heavily on drugs. She also started to believe and they got married. After the Lord had given them four children, she got seriously ill and passed away in 2000. In her final hour she was a witness of her Lord. In the period of her illness she wrote poems, which have since been published.

Betty said, “In the war I lost most of my family, but the Lord has given me a large family (of believing brother and sisters) in return. I am so grateful to the Lord for that! Further I am so thankful that the Lord has saved me from the grave, as Psalm 30 says ‘O LORD, thou hast brought up my soul from the grave: thou hast kept me alive, that I should not go down to the pit. … Thou hast turned for me my mourning into dancing: thou hast put off my sackcloth, and girded me with gladness; To the end that my glory may sing praise to thee, and not be silent. O LORD my God, I will give thanks unto thee for ever.’ (verse 3, 11,12). These verses really refer to my life. He has rescued my soul out of the pit of my feelings of hate. He has turned my mourning so that I am able to and will praise Him forever. Hate is something terrible, it eats your heart out and destroys you. When God eradicated the hate out of my life, He did not only deliver myself but also my family, which suffered from my anger. When hate comes into your life, it is important to know that the Lord wants to and is able to deliver you from this. He sets you free indeed!
Finally, I would like to mention the importance of prayer. When the war was over and I was taken out of my foster family, my foster mother started to pray specifically for me. Later it was the church of Theo who prayed for me. I only heard this after I received the Lord Jesus into my life. Prayer has, therefore, a very central place in my life. Looking back on my life, I realise that the Lord, also through their prayers, has put His protective hands on me! 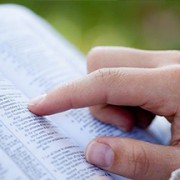 Louis Kinsbergen, ‘Apprehended by the Gospel’