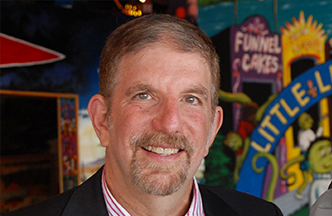 Bob Mendelsohn (1951) is the leader of Jews for Jesus Austral-Asia, a territory that now includes Singapore and New Zealand. He lives in Sydney with his wife and children. Since he came to believe in Yeshua as his Messiah, he wants to share the Gospel with everyone, but especially with his Jewish people. As a Jew, Bob knows how hard it is to even think about Jesus.

Being Jewish was more than a familial identity for me, it was a calling. I was very involved in our youth group, SYO (Synagogue Youth Organization). I was the local vice president, editor of our paper and member of the regional planning committee for conferences. I guess I was the all-American Midwestern Jew. Even though I was officially a ‘son of the commandment’ at 13, it was not until three years later that I became serious about observing it. Yet hard as I tried, I always seemed to fall short, there was always something missing in my efforts to please God. One night, by an unfortunate coincidence, I broke a commandment (I shut the light off on Friday night). It may seem silly or small, but it was the beginning of a great change. I felt ashamed and guilty. I dropped out of university, became a hippie and a wandering Jew, hoping to find some peace and meaning for my life. Within the year, I returned to Kansas. I had taken a beating, mentally and emotionally. I had not found the answers. Celebrating Seder with my family I left the table early, I was frustrated. I had rarely really prayed to God, but now I said, “Sir, here I am, trying to bring meaning and relevance to the Seder, but my family is just busy getting through the pages. Is there another way?”

A month later, I was walking near a park full of hippies, when two young people cried out to me, “Do you know the Lord is with you?” I turned around and walked back to them with a challenge, “I’m Jewish, go ahead.” They flipped open their Bibles and began telling me about Jesus right out of the book. When I asked them about peace on the earth, they answered that they had peace, personally! It sounded quite attractive. Still, I was Jewish and it was my duty to refute these nice people and their religion. In the past I had read a book that provided responses to those who might try to convert Jews to Christianity, so I won the discussion easily, but they won a bigger battle. They won me with their humility. They admitted they did not have all the answers, but they did not seem to be flustered or upset about it. They urged me to go talk to God and to ask Him for answers that they could not provide. That was new for me.

I wanted to find out about Jesus for myself and I decided to read the New Testament. The person of Jesus was very appealing. The New Testament was a defensible book, the gospel was a defensible story. As I found myself drawn to Jesus I began asking myself, how could I do this? How could I be Jewish and believe in Jesus? What I was reading and what I was sensing from having asked God was this. If Jesus was the Messiah, then the ‘right’ thing I could do as a Jew, and as a person seeking truth, was to believe. I knew what the consequences would be and did not relish them. It would hurt my family, I would be an outcast. Believing and following Jesus would have a serious impact on my entire social situation. Yet I concluded, if it’s the Truth, then that’s what I want more than anything, I would have to accept the consequences.

I had concluded from my reading that I did not need ‘meaning and relevance’ I needed and longed for forgiveness. I asked God to forgive me, to consider Jesus’ atoning death the covering for my sins, to give me a new life. He did! Now I cannot be silent about Him anymore!

Paul Liberman, ‘How the Lord led my life’

Daniel Rozen, from hate to love, a testimony from Zion
Scroll to top