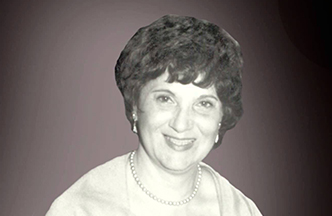 Raised in a strict orthodox Jewish family, Ceil didn’t want to live under the law any longer and she turned her back on religion. Just then things started to change.

My twin brother and I were born to Jewish parents in Boston. Our mother died when we were less than a year old and my brother and I were placed in different foster homes. When my father remarried a couple of years later, he took my brother out of foster care. I however remained with the Orthodox Jewish immigrant couple that had taken me. They had pressured him into signing legal documents, that later appeared to be adoption papers. He deeply regretted this but felt it was in my best interest. He firmly believed that it was all bashert (meant to be). He had great faith that some day, somehow, we would be reunited.

My adoptive parents were very religious. We observed the Sabbath and the Jewish holidays and we had many other rules besides the kosher laws. I knew that some Jewish people who were more Orthodox than us did none of those things. I also noticed that others less Orthodox than my family did not observe as many rules as we did. Those discrepancies confused me. If all those laws were really ordained of God, shouldn’t all of us Jews keep all of them? If not, why keep any?
As a teenager I began to wonder if God existed at all.

The summer after my fourteenth birthday, we moved to Denver, Colorado. There I met Moishe. His family were only nominally Orthodox, but he was proud of his Jewish heritage and wanted to keep certain ties and traditions. I, on the other hand, was struggling against a very strict upbringing.
We married and were very happy. I felt a real sense of freedom. With the pressure of having to be religious gone, I felt free to examine my real beliefs. For the first time in many years, I could admit to myself that I really did believe in God.

Desire for a New Testament

Shortly after the birth of our first daughter, Lyn, Moishe bought me a record player and some records. Among them was also a Christmas album. The words of the Christmas carols struck me. I prayed, “God, is there anything to what the Christians are saying about this Jesus? Should I believe in Him? I’m ready to do what You want.” From that moment, a hunger began to grow in me to read the New Testament.
Many months later, I gained courage and asked a friend who worked downtown to get a Bible for me. I said, “Be sure you get a whole Bible, both the Old and the New Testament.” She raised an eyebrow at me, but didn’t ask questions. A couple of days later she handed me a brown paper bag with an Authorised King James Version.

Quickly I flipped through until I came to the New Testament portion and eagerly I began reading Matthew 1:1 “The book of the generation of Jesus Christ, the son of David, the son of Abraham.” “What’s wrong with that?” I thought, “Why don’t we Jews believe in Jesus? He’s Jewish!”
Whenever I had a few moments alone, I read the Bible. The more I read, the more I saw that this was a Jewish book about our Jewish Messiah. I felt more and more drawn to Jesus and to the things He said. I loved Him, but I was afraid. My parents, my friends, even my husband would not tolerate what I was thinking. Dare I pursue this thing?
Then I came to Matthew 10:37 and read, “He that loveth father or mother more than me is not worthy of me.” I remembered that I had prayed for God to show me the truth and I knew right then that I had to accept what I felt He was showing me, regardless of the cost.

If I have to choose

Moishe became increasingly unhappy. He warned me that if our families and friends found out, they would disown and disinherit us. He might even lose his job. I said, “I asked God to show me what was true, and He did. I can’t deny what He showed me. If I have to choose between you and God, I must choose God. Please, don’t make me choose!” Moishe realised how serious I was and dropped the matter.
On Easter Sunday, Moishe gave me permission for a one-time visit to a church. That Sunday I came forward and publicly confessed Jesus. The whole congregation rejoiced with me and many undertook to pray with me for my husband to come to faith.

One day I deliberately left a little booklet about heaven lying on a table. Moishe picked it up and read it. He started to realise that he really did believe what the Bible said about not only heaven, but about everything, even the Jesus part. Years before, he had heard about this but he had dismissed it, because he didn’t want to pay the cost. Now he realised that he could no longer fight against what he knew in his heart was true.
That night he said, “I believe all this stuff that you believe about Jesus. What do I do now?” Hardly able to believe my ears, I said, “You’re supposed to tell God that you know you are a sinner and need the forgiveness Jesus provided by dying on the cross. Then you’re supposed to go forward in church and give your life to Jesus and get baptized.” Next morning we went to church. He walked to the front and in July of that year, we were both baptized.

Moishe began to feel a burden that others be told about Jesus. He felt God called him for this and enrolled in Bible school in the east of the country. Immediately I wrote to my birth family, “If you don’t want to hear from us because of what we believe, we will understand, but if you want to see us, we can come up to Boston some time.” They answered immediately that they would be delighted to see us. My father had prayed for so many years for this!
The whole family welcomed us with open arms, and it was the beginning of a wonderful reunion.
For seventeen years we prayed for my family to be saved. In the summer of 1967 my birth father gave his heart to Jesus. He died a few years later, but I know that I will see him again in heaven.

Ceil is the widow of Moishe Rose, co-founder of the organisation ‘Jews for Jesus’. Moshe died in 2010 at the age of 78.

Paul Liberman, ‘How the Lord led my life’
Scroll to top