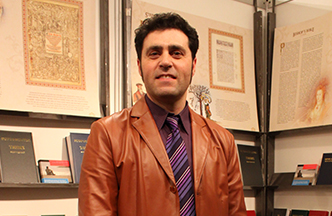 Daniel grew up with much hatred of Russians and Germans. “Since that moment in 1991 when I became a believer in Jesus as the Messiah, my life has never been the same again!” Love came instead of hate.

As the son of a Jewish survivor of the Holocaust I was, at a very early age, aware of the recent history of my people. The memories were still very fresh. My parents and members of the family often told me about it. These were stories of fear, shame and murder and I hated the Russians as well as the Germans for what they had done.

As a young man I went to live in Jerusalem, where I worked in a hospital as a physiotherapist. There I came into contact with volunteers from all over the world. One day I was invited by someone from the Netherlands to attend a meeting of believers in Jerusalem. I went out of curiosity.

My heart was touched

What really impressed me were not so much the hymns, but the love and friendliness of these believers. They gave me the feeling that my life was not worthless and that they accepted me.
As a real Israelite I was proud of our knowledge of God and the prophets, but I couldn’t really grasp the meaning of what Jesus had done. A year later I realized that I had to make a decision. The Holy Spirit convinced me that a new life would begin for me if I accepted Jesus as the Messiah and so it happened that I decided to follow Him.

During a meeting a man from Austria suddenly came to me, fell weeping at my feet and asked if I would forgive his people for what they had done to us during the Holocaust. Pity and the love of the Lord for this brother streamed through me. From that moment on the Lord Jesus healed me and freed me from the hate that I had borne with me for so long, we embraced one another.

Now I also see how the Lord is at work in using us to bring the Gospel to Arabs and Jews. It is also my deep desire and prayer that God shall reveal to many people His plan for His people and their country. 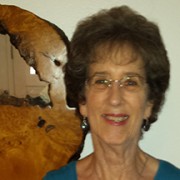 Joan Schumacher, ‘He has set me free!’
1 reply

We would love to hear how Yeshua revealed Himself to you. Click on contact to share your testimony with Jewish Testimonies.
Bob Mendelsohn, the all-American Midwestern Jew

Ernest grew up in an orthodox Jewish orphanage
Scroll to top