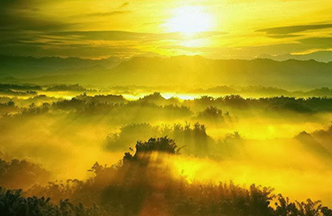 Ephraim Ben Yosef Elyakim was born in Tiberias in 1856. His father was a rabbi in the old city and one of the leaders of the Arabic Jewish community. Ephraim followed in the footsteps of his father, became an enthusiastic student of the Bible and Torah and eventually he became a rabbi and dajan (a member of the rabbinical department of justice). Both Jews and Arabians held him in honour. He married the daughter of the upper rabbi and had every reason to look forward to a successful life.

Rabbi Ephraim was on guard for Christians, especially for missionaries and did everything to avoid them. He even refused to let his wife and children go to the hospital of the Church of Scotland, even if they were very ill. He was more stringent in this than his rabbi colleagues.

Meeting with the Minister

One day the head of the Church of Scotland in Tiberias visited the Jewish district of the town and passed by the school where Ephraim was a teacher. He greeted the rabbi in Hebrew. The friendly words of someone whom he normally viewed with fear and suspicion touched the heart of the rabbi and several days later he overcame his aversion and visited Ewing. Both men were almost the same age and soon they were engaged in a lively conversation over all kinds of topics, especially over the Torah, the Bible and Yeshua’ claims on being the Messiah. Their conversations took place again and again during which the rabbi’s knowledge of the Tenach proved valuable. Slowly the meaning of prophecies became clearer to him, but he found it difficult to understand why his own people, which he loved so much, had suffered so much through the centuries and he started to ask himself, “How about the promises made to our forefathers? We are God’s chosen people, but the beautiful things promised to us are now being claimed by foreigners.” He posed the same question to his fellow colleagues, but even they could not give him a satisfying answer. This resulted in their keeping an eye on him. Meanwhile he was convinced that some terrible sin was the reason for God’s judgement over his people. Suddenly he saw things clearly about ‘hate without reason’ (Yoma 9b) and he heard a soft voice within him saying, “Stop hating me, but love me and I shall give you rest.” The battle was won, Rabbi Ephraim found a peace that would never leave him.

The rabbi’s choice was followed by a period of heavy persecution. He was arrested, tortured, falsely accused of theft and imprisoned in a filthy cell, but his decision was unshakable. Condemned as a traitor he was, in all secrecy, put to work in a Jewish settlement by Lake Huleh. Months later someone who worked in the hospital at Tiberias, and was on a trip through the Jordan valley, saw a pitiable figure bent under his work in the hot sun. It was Ephraim. He quickly told them everything he had been through. He endured everything and waited until God convinced him of what he should do. A short while later he was seen in Nazareth where he was baptized but on his return to Tiberias his wife and children were taken from him, in spite of the fact that he loved his wife with all his heart. With exception of his eldest son, he never saw his younger children again. For a while during the First World War he managed to have some contact with his son.

Rabbi Ephraim went to Jerusalem where he was pursued by suspicion and misjudgment. He worked there as a day-labourer building houses, not earning much but he never complained. He was content with what he had and if he had money over, he gave it to the poor to whom he also told the Gospel story. In Jerusalem he had a lot of contact with the rabbis, who had formerly been his pupils. They beseeched him to stop with this heavy work and become their father and leader again. He was thankful for these tokens of friendship for their old teacher, but he remained immovable in his faithfulness to the Messiah.

The tide turned when he joined the ‘Christian and Missionary Alliance’ where he devoted himself to proclaiming the Good News message to his fellow Jews. A meeting place was hired in Jaffa Street, where many a heated discussion took place. Sometimes this almost lead to stones being thrown at him, but he never ever thought about stopping witnessing of the Messiah. When persecution had no effect, people tried to flatter him with tempting offers. He took every invitation, even from the upper rabbinate, because they were also chances to proclaim the Good News. He spent hours with them expounding the Scriptures, which showed who Yeshua the Messiah is. Most of them did not allow themselves to be convinced but some, through the evidence given in the Bible, were convinced and visited him secretly for further study and prayer. After his retirement he remained connected to the Alliance as a volunteer. With great joy he spent part of the Sabbath in the ‘reading room’ where he spoke with men and boys and in the evening service that he led, he spoke in Hebrew, which had already become the spoken language.

Rev. Esber Doner writes about the last hours of his illness spent with him, ‘Rabbi Ephraim asked me to pray with him.’ After that he also prayed.
“Oh Lord Yeshua, I praise You because You have freed me. I praise You because You have used me in Your service to save souls. I beseech You, Lord Yeshua, to bless Your People and strengthen it. But above all I thank You for the many believers here in Jerusalem. Give them faith and courage so that they shall never waver in their witness. Amen.” That was on 30 August, 1930. The next day the honourable rabbi was buried at the age of 74. Mr. Gabriel, of the Arabic-Christian community, wrote concerning this, ‘Next to the grave of the rabbi there was another grave for a brother in the Messiah – an Arabian. There, a Jew and an Arabian lie alongside and Jews and Arabians stood with bended heads by the open graves, both moved and consoling one another.’

Zvi Kalisher, 'Was it God who was with us?'

We would love to hear how Yeshua revealed Himself to you. Click on contact to share your testimony with Jewish Testimonies.
Rabbi Loren Jacobs, searched and found God (Jesus) through reading the Bibl...

Dov Bikas, how a hippie discovered the love of God the Father
Scroll to top