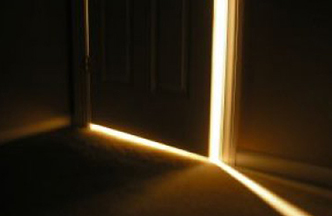 When Erich Weinmann read Zechariah 12, he questioned himself when it was that God had been incarnated among his people and when He had been pierced.

The blessing of Israel

My parents gave me a liberal education, but I had a devout grandmother who sincerely trusted in God and His promises. Every evening, for seventeen years, she would lay her hands on my head and bless me with the blessing of Israel, “God make you like Ephraim and Manasseh.” I did not understand it too well back then, but I trace back much of the grace that I have experienced in my life to this.

It was hard for the Jews in Germany, especially in 1938. I still remember how I once fell on my knees, and cried to the living God, “Thou God of Abraham, Isaac, and Jacob, thou God of my fathers, lead me out of Germany.” The U.S.A. had a quota system and most countries took only Jews who had a large sum of money at their disposal. We were in great distress. Eight days after my prayer, as if by a miracle, I found myself included in a children’s transport and went to England in February 1939, shortly before the beginning of the Second World War.

In November 1940 I voluntarily joined the British Army and I took part in the invasion of Normandy. In 1946 I returned to Germany with the army of occupation as a Sergeant interpreter. It was in Hilden, in the Rhineland, that I first met a Christian who had life in God. He was a British soldier, a master house painter from London, formerly a great sinner until he met Jesus who made a new man out of him. He was an operator in the telephone exchange. When he heard that I was a Jew, he began to pray for me. I took careful notice of this man and I noticed that there was always a Bible lying in front of his switchboard. I thought, “Why is this man so one-sided. Why is he always reading just the Bible?” One thing impressed me, this telephone operator was the most cheerful of men that I had met so far. He beamed with an inner cheerfulness that I could not explain.

One morning the two of us were sitting alone in the office. Without any introduction he asked, “Tell me, please, how is it possible that you, a Jew, do not recognise in Jesus of Nazareth your Messiah and King?” I felt very uncomfortable and answered him saying, “The Jews do not believe in Jesus. What should I have to do with Him?” He didn’t give up but asked, “Have you then ever verified the words of your king Jesus?” I had read a lot, yet up to the age of twenty-five I did not know the New Testament at all. I said therefore, “No, I have not.” Then he asked me, “How then can you say you do not believe in Jesus if you haven’t examined this?” At this point, our conversation was interrupted but this question stuck! Since then the Spirit of Jesus Christ, who spoke to me through this person, has not let me go.

A fraud or the Son of God?

Some time passed, then he invited me to a lecture. I shall never forget that first meeting. The evangelist spoke on the paralytic at the pool of Bethesda in Jerusalem. The vital part went right over my head, yet one thing would not leave me – this man believed what he said. I got the impression that these Christians really were set free and I must say that I felt really good in their company. I joined him at following meetings, while he continued to pray for my salvation. He also brought me a Bible that I received politely. However, the Bible was such a fascination to me that I decided to get to the bottom of this matter. “One must surely be able to find out whether this Jesus is a fraud or the Son of God,” I pondered. During the time that I read the Bible, I called on God. It is written, “To him that knocketh it shall be opened.” God will respond to the sincere person, so the door was opened to me. I read the seventeenth chapter of the Gospel of John. This prayer inspired me, “You have never read anything so beautiful!” I thought. This Jesus must have been a wonderful person, anyone who speaks like that with God cannot be a fraud. My heart began to love Jesus and to trust Him.

The questions of my heart

God saw the questions of my heart. I was inwardly urged to read the ninth chapter of the prophet Isaiah. In the sixteenth verse it is written, “For the leaders of this people cause them to err: and they that are led of them are destroyed.” I was deeply moved. Did this also point to the leaders of the people who rejected Jesus? Another time I read in Zechariah, chapter twelve, the declaration of God about Israel “… and they shall look upon Me whom they have pierced, and they shall mourn for Him…” When, then, had God been incarnated among His people and been pierced? In the whole history of the people of Israel no prophet had ever come forward, except Jesus of Nazareth, who said, “He who has seen me has seen the Father, I and the Father are one!” Had He not been pierced at Golgotha? In a moment I came to the inner certainty – Jesus is God! Quite excited, I paced back and forth in my room. God had revealed something quite shocking to me: in Jesus, God Himself had come to His people!

In Jesus, God Himself has been pierced on the cross at Golgotha. He had to die because of our sins, because of my sins. That I was a sinner, nobody needed to convince me. Now a further miracle took place. Deep in my heart awakened the longing to talk to Jesus. God opened my heart and mouth and at that time I prayed something like this, “Lord Jesus, it is true that I do not really know You yet, but I have now grasped that Thou art God, and I want to ask You for forgiveness that for twenty-five years I have passed You by. Today it has become clear to me that You have died for my sins. For that I want to thank You.” Immediately an indescribable joy came into my heart. It was as though streams of Godly joy had been poured into my heart. All joy, which man can attain in gratification of pleasure and inclination, is a cheap substitute compared to the joy that God bestows on us in Christ Jesus. From that hour I knew that I was a child of God.

Grace was given to me through the prayers and witness of a simple child of God. Furthermore I received grace not to stumble at the mockery of nominal Christians. The Holy Spirit and the Word of God strengthened me against all the attacks, and gave wings to my testimony. Thus I was allowed to grow in grace and in the knowledge of God and finally also lead people to Jesus, especially German people. When I learned that Jesus had died for the sins of all mankind, then I could also love all men without exception. I could forgive from the heart without effort, because of that I became a very happy person.

We would love to hear how you met Yeshua. Click on contact to share your story with Jewish Testimonies.
Rose Price, ‘That Jew died for you’

Isaac Ostrovsky, ‘This book is ours!’
Scroll to top