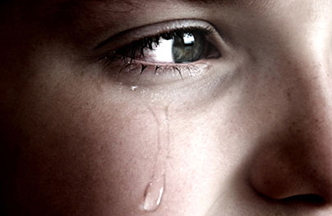 I come from a small, largely Jewish, Russian town. I was raised strictly orthodox and attended Synagogue every Shabbat with my father. A large part of my childhood was spent studying the Torah and the Talmud. The rabbi at school considered it his main task to keep us far from everything Christian. Jewish society was one world, Christian society another! These two were not allowed to deal with each other.

As a small boy I was very inquisitive and bombarded the rabbi with all kind of questions, “Why do we live in Russia instead of Palestine? How could the temple in Jerusalem be destroyed? Why do Jewish people differ from other people and why do they have to suffer so much?” The only reply that he would give was that there would come a day on which the Messiah, through His coming, would free the Jews from their misery. Then Palestine would be restored and the temple rebuilt. What a longing aroused these promises about this Messiah in my heart!

After the death of my mother, my father decided to immigrate to America and in 1912 we settled in Cleveland, Ohio. For the first time I noticed, to my great surprise, that a Jew was equal to any other. As I grew up I lost the zeal of my youth and gradually I broke completely with our religion. We became very successful in business and everything went well. We had plenty of money and that is why I thought I could do without God, but thanks to God, He didn’t let go of me. In 1929 He confronted me with the hard, dark reality of life. It was as if all disasters came over me at the same time. Deprived of all my possessions and deserted by my friends, I ended up completely alone. I left Cleveland and went to Los Angeles where I was soon reduced to great poverty.

One evening I sat completely discouraged on a bench in a park. I was deserted, hungry and didn’t know where to sleep. A young Jewish man sat down next to me and told me about a building where poor Jews could get food and shelter. I decided to go there. I found this place and saw that it had a great neon-inscription in Hebrew and in English, ‘Jesus, light of the world’. It was as if I froze. With my whole being I opposed it. Just the name of Jesus made me shiver with disgust, the name that I had learned to hate from childhood. I decided that I would rather die of hunger then accept something from a man who, according to me, deceived the Jewish people by proclaiming the name of Jesus from his roof in this way. I don’t remember how, but nevertheless I ended up between the Jewish men who were listening to a speaker who said that the Jewish Messiah came on earth long ago to redeem sinners. This man assured us that Jesus loves the Jews, although they rejected Him. For the first time in my life I heard the Good News, the Gospel.

I was greatly surprised. I had always learned that Jesus was a traitor, the reason of the terrible persecutions that the Jews had to endure during the past nineteen centuries. It was as if my chair sunk away under me and still I was fascinated by the account of Jesus. I was also deeply touched by the atmosphere there. After the service we sat around the table in the large dining room and received a good meal. The cosiness, the friendly dedication of the workers and the way they took care of us meant that I felt at home and it impressed me deeply. In the quiet and warmth of the dormitory I quickly fell asleep, feeling that I had come home after my long, exhausting wanderings.

The next evening I returned and many more after that. I received a Bible and started to study all that I heard. Soon I discovered how the prophecies of the Old Testament were fulfilled in all detail in the New Testament. Several questions came up, “Could it be possible that the Jewish people are mistaken? Could it be that the rabbi’s err? Could the Jewish doctrine be false?’ Evening after evening I listened carefully to the Gospel and the history of God’s plan for redemption unfolded as a miracle before my eyes. The Holy Spirit worked in my heart through the Word of God. He convinced me of sin and I started to realise that I was a sinner before God, guilty, helpless, hopeless, someone who needed a Redeemer. For the first time I realised that religion and prayer are not dry ceremonies, but have everything to do with our heart. Finally I knelt down and begged for mercy. I felt I was lost forever, unless I received Gods redemption for my sins. The only prayer that He expects from a sinner passed my lips, “My God, I am a sinner. Have mercy with me!”

I can testify to the honour of God that I stood up as a changed man. I was filled with an unspeakable and wonderful joy. I thank Him so much that I was so miserable and hopeless that I had to enter the Hebrew-Christian Synagogue. What I once considered as the greatest disaster of my life, He changed into the greatest blessing. Since I know the Lord Jesus Christ as my personal Saviour, I have learned to love Him truly and trust Him in everything. He has blessed me miraculously in all things. 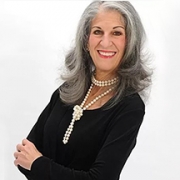 Barri Cae Seif found the Messiah in a Deli

We would love to hear how Yeshua revealed Himself to you. Click on contact to share your testimony with Jewish Testimonies.
Rabbi Sam Stern, ‘The true teaching of Christ’