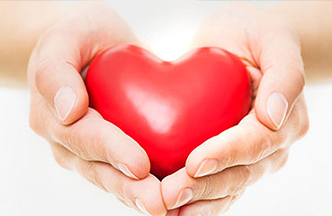 I was born into an orthodox Jewish family in the city of Lodz, Poland. My father died when I was four years old so, as we were so poor, we went to live with an aunt. My mother had to work hard to raise my sister and me decently. I went to the cheder, a strict orthodox Jewish school, at home everything was kosher and I was very much attached to our orthodox way of life.

My mother remarried when I was about ten years old and moved to another village. Due to my schooling, I stayed with my aunt who continued to look after me. In the summer holiday of 1914, I was visiting my mother. It was during this time that the First World War broke out and I ended up staying with her. However, a terrible cholera epidemic claimed my mother’s life, so my sister and me stayed behind as orphans. I was going to be a rabbi, but our mother’s death changed everything. My grandfather apprenticed me to a tailor who worked without head covering. I was so shocked that I wanted to leave immediately and ended up in a Jewish workshop. The situation there wasn’t much better and, disillusioned, I went back to the tailor. I constantly came into conflict with my faith. Slowly, I got used to it and started to live like those I worked with. My faith in God was engulfed in the miseries of my condition as an orphan.

In Poland the hatred towards Jews was enormous, which was why I refused to fulfill my military service for the country. Accompanied by a young friend we fled, arriving at the German border, trembling with fear that the border police would arrest us. It was a miracle that we crossed the border without any problems and after ten days, we finally arrived in Berlin. However, the day after our arrival the police came to arrest a fugitive who was living at the same place. So we were also arrested and eventually expelled from Germany. After many wanderings I ended up in Paris.

Shortage of valid identification documents meant that I had to live the life of a vagrant. For a long time I slept in the metro in Paris and everything became all the more hopeless. I knew that I had a friend somewhere in France and, amazingly, I saw him one day. He took me home and helped me find a job. Finally things seemed to be getting better. Alas! My happiness was short lived as the police picked me up again. I was given eight days in which to leave France, I wondered what I should do? It was at that time that I made the decision to join the Foreign Legion for five years and to acquire French nationality this way. I ended up in Algeria and became a tailor of military uniforms. I forgot my belief and principles and I fell in love with a Spanish girl with a Jewish background. We married and the Lord blessed us with a daughter and a son.

At that time, my mother in law visited evangelistic meetings of Mr. Bloch, a Messianic Jew. She asked him to visit me because I was also Jewish. However, I didn’t trust him because of my bad experiences with Christians in Poland. As a Christian-Jew he had to be a traitor. I always thought that Christ taught His disciples to hate the Jews, which was why I couldn’t believe that the Gospel was for me.
Mr. Bloch was very patient and every time he came to preach, he visited me and spoke with me about the Messianic prophecies. One day I said to him, more to get rid of him than anything else, “Well, then, what do you want me to do about it?” He replied, “Accept Jesus as your Saviour.” “All right,” I said, “I accept Him.” To my great surprise this good man fell on his knees and thanked God and told everyone. This pretence took about two years.

A while later a Bible and a New Testament in Yiddish was given to me. I decided to read it for myself, curious to know what Jesus had really said. One day, Mr. Bloch suggested that I should go with him to Switzerland for a conference. I agreed joyfully, living in warm Algeria I thought that I could use a change of temperature.

It was during this convention that the veil was finally lifted from my eyes and I saw, clearly, that Jesus is our King and Messiah, the Saviour of the world. The Christians at the convention reflected this in their lives, they were real witnesses. It was through them and the Bible expositions that I finally took Jesus as my Saviour and Lord. My heart overflowed with love for my heavenly Redeemer. I returned home a new man. All my past life, with its sins had disappeared and an absolute certainty filled my heart: Jesus is the Son of God, Who died on the cross to save me from eternal perdition! A sweet and peaceful joy took hold of me. Words fail me to describe the feeling of happiness at having found the Messiah, of Whom Moses and the prophets had spoken. I understood then that it was these Christians who had entered into Jewish blessings and not me who had become a non-Jew.

Comforted by the Lord

I was afraid to tell my family but, in time, I wrote them a letter. However, they never received it, as at the same time the Second World War broke out. In that abhorrent war I lost all my family members in concentration camps. This experience shocked me deeply, but in this misery the Lord comforted me by opening many doors to tell the Gospel to Jewish people in Morocco, France and the whole of Europe.

Isaac Da Costa, ‘I realised the fulfilment of the prophecies’ (...
Scroll to top