I didn’t want to hear the name of Jesus

I was born and raised an orthodox Jew in Austria. From the early age of three, I enjoyed a lot of Jewish education because my parents had destined me to become a rabbi. Whenever I left the house, I walked on the left side of the street because on the right side stood a church building. I was never allowed to come close to a church, not even to look at one. Every time I heard the name of Jesus, I put my fingers in my ears to be sure that I wouldn’t have to hear it for a second time. I had never heard a Jew speak this name, after all that was a mortal sin.

The story of my brother

Shortly before I left for America, I decided to spend a day with my brother in Vienna. He had left home a long time ago and had graduated from two of the most prominent rabbinates. As soon as I arrived, he told me about an experience that had totally changed his life. A man in the street gave him a book that appeared to be a New Testament. At first he wanted to give it back immediately or even tear it apart. Curiosity, however, got the better of him and he took it, safely hidden in his pocket home and started to read it in secret. He was surprised to find on the first page many familiar names such as Abraham, Isaac, Jacob and many others. He read until he reached the Sermon on the Mount in Matthew 5, that impressed him deeply. How could this be a sinful book when it contained such a fantastic sayings? How could Jesus be a traitor, if He taught such a beautiful things? After all he called people to repent and believe in God.

I would rather die

My brother told me that he was so fascinated by the New Testament that he had read it the whole night through. Then he started to compare the Old Testament prophecies with the New Testament. It took about eight hours before he finished telling me his story. When he started, it seemed like I was dreaming, but it slowly became a nightmare for me. I remember my last words before I left, “You may believe in that Man, but I would rather die than believe in Him.” I left my brother with a broken heart.

Shortly after I arrived in the United States, I received a letter from my brother. He encouraged me to search the Scriptures. I tore the letter up, but then a second, long letter followed with Old Testament prophecies and their fulfillment in the New Testament. I also tore up this letter. A third letter arrived and finally a fourth, in which my brother told me that he would come to America. I met him at the boat and told him very clearly that if we wanted to live in peace, there would be no discussions about religious matters.

The days went by and my brother never spoke a single word about his new belief. However, I could not get away from the impression that he had something that I missed, a peace that the world could not give or take away. Although I longed for that peace, I refused to accept Him who could give this peace.

In time I started to show some interest. I read some pamphlets of my brother’s and even visited some meetings. Then I decided to turn to the only reliable source, the Bible. I studied the Old Testament prophecies for hours and compared them with their New Testament fulfillment. I remember that it took me one whole night and the following day. It took all my attention and I even didn’t take time to eat. Looking back, I was already enjoying the heavenly manna.

One day I joined my brother in a prayer meeting. This resulted in a sleepless night and a painful self-examination. A few days later I visited a church service. When they went to pray in quiet I heard an inviting voice within me, the voice that has pulled me to the church meeting, whispered, “You have to pray too. The time of mercy has come for you. Don’t delay!“ At that moment, a change took place in me. I rejoiced, “I have found Him! I have found the Messiah!” An enormous peace and joy flowed through my soul, so much so that I ran out of the church into the street, to announce my new discovery loudly in Yiddish. I learned quickly that the rest of the world didn’t share my enthusiasm. Enmity and beatings were waiting for me. I soon experienced a call for evangelization work. Despite the disappointments, the worries and low responses, I believed that better times would come. Indeed, what a lot has changed. Locked doors have opened and hearts of stone have become soft. The forbidden book, the New Testament, is now being read and studied everywhere.

Joseph and his brothers

What is happening in our days, can best be compared with the story of Joseph and his brothers. You will remember that Joseph was despised, slandered, betrayed and his family believed that he was dead. Circumstances brought the brothers face to face with the one they had rejected and of whom they thought was dead. But when there was a worldwide famine, it was Joseph who saved his brothers and all of Egypt from death by starvation. In the same way, Israel is becoming globally conscious of a spiritual hunger, with the result that many are turning to Him whom they have rejected. They are being reconciled with Him and with the New Testament that they have despised before.
In the sixty years that have passed, the Lord has wished to use me to win hundreds of His people for Him. They, in their turn, have reached others with the Gospel. 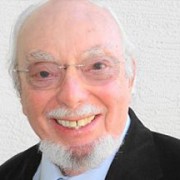 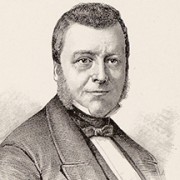