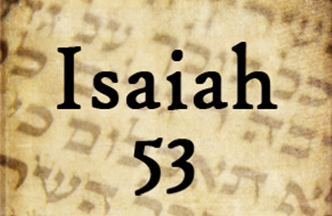 To the sorrow of father and mother Brühl, their son John never became a rabbi. John chose to be a schoolmaster. Eventually his enormous knowledge of languages, his love for history and his talent in mathematics were very helpful when he became a missionary.

Very early on, his orthodox Jewish parents noticed that John Henry was exceptionally intelligent. At a young age he was sent to school in his birthplace, Poznan. Before he was five years old the little Pole was able to translate the greater part of the Pentateuch (the five books of Moses) from Hebrew into German. When his peers just started with the ABC, John was impressed by accounts that he read about the life of Christ.

The prophesies in Isaiah

Later on, he used to visit a Christian family with his father where he became more interested in the Gospels and the Acts of the Apostles that he could read there. As a ten-year old he studied the book of Isaiah and the 53rd chapter struck him. That which had been a lurking suspicion became an absolute certainty, “Jesus is the promised Messiah of Israel!” This became more so when he read the Jewish comments on Isaiah. In vain, the rabbis labored to prove that this prophecy could not apply to Jesus of Nazareth.

Dedication to the Lord Jesus

His growing conviction of the truth of Jesus being the Messiah prevented him becoming a rabbi. He became a schoolmaster very easily and after his graduation, Brühl looked for employment in Amsterdam. While there he came into contact with missionaries of the ‘London Jews’ Society’, Jewish men that had found Yeshua the Messiah. John dedicated his life to the Lord Jesus and at the age of 23, the Jewish schoolmaster was baptized. He longed for more education and left for London.

After he finished his education at the Missionary College of the ‘Society’, the young evangelist was sent out to Baghdad, Iraq. Full of fire he preached to Jew, Muslim and heathen alike. Also during his missionary journeys (1854 – 1864) through Persia (Iran) and Kurdistan, he told many about his Saviour. A large number came to believe and in spite of immense difficulties, he remained faithful to his Lord. Whether in Baghdad, London, Jerusalem, Lemberg (Lviv-Ukraine) or Vienna, his preaching touched hearts and hundreds, many of which were Jews, came to believe.

Until his death in 1893 John Henry placed his exceptional intelligence in the service of his Master. Through his great love for his Lord, many found the Messiah.

We would love to hear how you met Yeshua. Click on contact to share your story with Jewish Testimonies.
Christian Solomon Deutsch, ‘About whom is Isaiah speaking?’ (17...

John Moses Eppstein, studying the Talmud was his passion (1827-1903)
Scroll to top