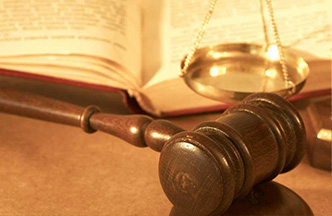 At twenty-eight years old, he knew that only Jesus Christ could justify him.

On May 25, 1870 Karl Kunert was born in Krotoszyn, Poland as the son of a Prussian furrier. He was brought up in an orthodox family, strictly following the Jewish laws and was found regularly in the synagogue from the age of four. From an early age he was expected to follow his great grandfather, a well-known rabbi who lived in Breslau (Wroclaw). As a boy, Karl was quite intelligent and at five years old he was able to read and write!

He was only nine years old when he went to college. He regularly attended not only the Catholic, but also the Jewish school. Unfortunately it was at this Christian school that he got a strong antipathy towards Christ and His adherents. The thoughtless worship of Popish idols irritated him very much. His Catholic fellow-pupils took things lightly, they were more involved in worldly things than in God. This was unthinkable for the pious young Jew.

Years later Karl recalls, “I was fond of reading. In 1885 the Lord led me to purchase a New Testament.” Eventually he had a Greek, German and French New Testament. Although he read them a lot and studied them with sincere interest, the bitter hatred against the Christians didn’t disappear. In Berlin he even delivered a public lecture, a passionate plea against Christianity!

When Karl studied at the Rabbinic Seminary, he felt a growing inner restlessness. Whatever he did (keeping the law more strictly) or wherever he went (Paris, Antwerp etc.) he couldn’t find peace in his heart. Back in Berlin he continued wrestling with God, the God that he longed to serve so much … in his own, Jewish way.

Justification only through Jesus Christ

At the close of November 1898 Karl, still searching for inner peace, ended up in Hamburg in the mission house of ds. A. Frank. There he met his Saviour for the first time and he saw very clearly that he could never find justification through keeping the laws of Moses. The Lord Himself wanted to justify him, he finally found inner peace.

Shortly after his baptism Karl became a missionary longing to reach his people with the wonderful, liberating Gospel. He opened the eyes of many and from the Word he showed them the Messiah of Israel. Whole-heartedly Karl confessed with the psalmist ‘The Lord hath done great things for us, whereof we are glad’ Psalm 126:3.

We would love to hear how Yeshua revealed Himself to you. Click on contact to share your testimony with Jewish Testimonies.
Michael Solomon Alexander, the first bishop of Jerusalem (1799-1845)