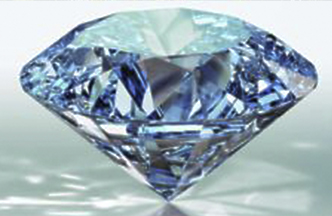 Belgian born Louis Kinsbergen was one of the few members of his family that survived the Second World War. As a child he went into hiding in different places. Finally he ended up in a loving God-fearing family, where he was apprehended by the Gospel.

In remembrance and as a warning

It is 16 September 1992. I write this in remembrance of my foster parents Heit and Mem Wijbenga, so that this story will not be forgotten and so what they have done will not be placed in an unfavourable light.
I also write this as a warning against the rise of fascism, as takes place in Somalia, Yugoslavia and also again in Germany. Just as in 1940, the masses in this world stand around watching in silence. I hope many young people may read this and be alert for the increasing fascism.

My grandfather was a well-known diamond merchant in Antwerp. Several family members earned their living at his business. In the depression of the 1930s he went bankrupt and the whole family lost their jobs, including my father. Around 1933 he left, with his wife and three children for Amsterdam, where he hoped to find work in the diamond industry. Unfortunately the crisis had struck there too, so that soon he was on welfare.
When the war broke out in 1940 my parents had divorced and my mother had to take care of the family alone. With a large family, now four children and in financial straits, my mother had a difficult life. Soon the persecution of the Jews started and my oldest brother, who was eighteen years old by then, was deported with the first Jews to Germany. We never heard from him again.
My mother was a good and loving woman, who would do anything for her children. As we Jews say, “a real Yiddish mama.” Due to the misery of the growing fascism, she became overstrained and had to be hospitalised. Finally she became extremely exhausted and was transferred to Apeldoorn. From there she was deported with other patients as animals to the concentration camps, where she was killed.

This sad event was the start of us, the children, moving from family to family. I was ten years old at that time. My two brothers, Freddie and Jacques, were eight and six year old respectively. We were housed with the Wafelman family, who were very good to us. Yet because they were Jewish, they also had to flee.
Then I went to the house of a rabbi, who taught me in a short time a lot about Judaism. Instead of playing, I was studying all day. In spite of my young age I enjoyed this very much. For reasons incomprehensible for me at that time this rabbi was also deported. Again they had to find another family for my brothers and me. We found shelter with a Jewish lady, who also had some other children in her house.

During all of this period we wore, of course, the obliged Star of David. I remember that one time I was walking along the street and suddenly the bridges opened up. Near all bridges German assault vans came to a halt. In a short time all Jews that were in the street were picked up and loaded in lorries. Quickly, I took the star off my coat and threw it in the canal where I had just passed by. I rang at the first house possible and asked if I could hide from the Germans. Fortunately they were good people, they hid me under a bed. With my ear on the floor I heard the Germans walking up the stairs with their boots and screaming. After a while it became quiet and I said my thanks to the people and left their home carefully.

A short time later there was suddenly an assault van at our door. We were picked up with the whole family and taken to the Hollandsche Schouwburg (theatre) where, at that time, many Jews were detained. After all kinds of formalities we were transferred the next day to the so-called ‘crèche’. We stayed here for, at the most a week and then we would be transported to a camp. However, the Jewish leaders of the home secretly kept us there and we stayed there for at least six weeks. To make matters worse, my brother Freddie was hit by a heavy fence while playing in the streets. He cut his head, had concussion and had to be taken care of on the infirmary.

One day, all of a sudden, some German officers arrived who wanted to talk with me. I was very frightened. Luckily they appeared to be Dutchmen who dressed up like German officers. They spoke with me about the chance to escape. The next day at noon I had to go out cautiously and mingle between a group of schoolchildren who would pass by. I did as was agreed, left the house cautiously and mingled between the schoolchildren. The German soldiers who were on guard at the door didn’t notice. So I could go to the given address that was at the end of the street around the corner. From there I was taken to a cellar, where there were other children who fled, most likely in the same way. My brother Jacques was amongst them as were some other children that were with me in the ‘crèche’. All in all a good planned action.

After some time they picked us up. I could go with a certain Dr. van der Laan but my brother and I were separated. I didn’t see him again during the war. In that time I also received very sad news about my brother Freddie. Still wounded from his head injury and in a very bad condition, a nurse who took care of him fled with him from the crèche. Shortly after he had been picked up by the Germans and had been put on transport to a camp in Germany via Westerbork together with other Jewish caretakers. Of the large family of 86 people that we were before the war, there were only four people left. All others perished in the extermination camps.
I was some time in hiding at the van der Laan family’s home and then someone from the underground came who took me, a few days, later to another address. Early one morning this man took me to the Central Station of Amsterdam from where we travelled by train to Sittard. There stood some other Jewish children. On the way to my next place of hiding the man told me that I had to forget my old name Kinsbergen for the time being. “For the time being your name is Louis van der Berg,” he told me. I ended up in a Frisian family.

Caught by the Gospel

In this family I was received with much love and was very well taken care of. They said grace and also read from the Bible. Regularly other Jewish children and also grown-ups arrived, who after some time were taken to another place of hiding. Even a Jewish baby of a few weeks old stayed there. For Heit and Mem, as we called our parents, nothing was too much. Jews, especially, were always welcome, “Because,” they said, “they are God’s people” and as I remember, their God was everything for them!
My foster parents went to church on Sundays. Although they left me free completely, I became curious and I joined them. It was during one of the services of Reverend Maan in the Schipperskerk in Born that the Gospel apprehended me and the Gospel has never let me go. I got to know the Lord Jesus as my personal Redeemer and Saviour.
Heit and Mem took care of me and also my brother, who had been in hiding in the province of Drenthe, as true parents even after the war. An important reason that we were not betrayed was the fact that Heit and Mem had no enemies. As a remembrance for what the people in Dutch Limburg did for the Jews, a monument has been erected in Brunssum.
Shortly after the war a brother of my mother visited us. He asked Heit and Mem permission to take us in his home. Heit and Mem agreed because they thought it would be better for our future if were to live with our uncle and aunt in Belgium. As always, they thought only of our interests.

Unfortunately, my stay at my uncle and aunt’s was not successful in every respect. They blamed us for professing another belief. They also blamed Heit and Mem, although they left us free completely concerning our belief. Partly due to this alienation we decided, over time, that it was better for us to stand on our own feet. This all happened after consultation with the ‘Society for War Foster Children’ in Amsterdam.
Concerning this I have to get this off my chest. Sometimes it is suggested in a television programme that people who sheltered Jewish children, only did this to win souls. They say that often there would have been pressure on the children in hiding. Of course there have been exceptions, but in general these were people who kept their Jewish fellow people at the risk of their own lives, out of the clutches of the Germans. It is these priceless acts of heroism that serve to be put in a pure and honest light. 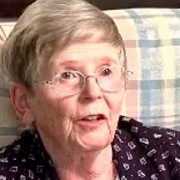 We would love to hear how you met Yeshua. Click on contact to share your story with Jewish Testimonies.
Alfred Edersheim, surprised by the teachings of Rabbi Yeshua (1825-1889)