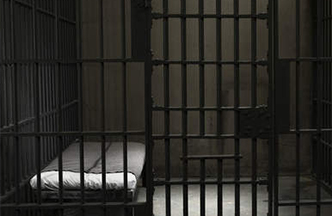 The best night of Marcus Bergmann’s life was spent in a prison cell. Although he was there because his Jewish brothers falsely accused him, he had peace in his heart. They thought they could lead Marcus from his ‘wrong track’. He had received the ‘Crucified’!

Marcus Bergmann was born in the town of Wieruszow on the borders of Silesia. His father, a Talmudic scholar, died when he was only a year old and when he was only six, his mother died and his uncle Woolf looked after him. Woolf Bergmann who, like his parents, belonged to the Chassidic sect taught him with Talmudic and rabbinical literature. Marcus was going to be a rabbi, that was certain. However when he was just twenty years old, he heard a clear voice repeating the words of Genesis 12:1 over and over again, ‘Get thee out of thy country, and from thy kindred, and from thy father’s house, unto a land that I will shew thee’. Marcus obeyed that voice, and in 1866 he left his native country and came to England.

In London he established a small synagogue to serve the Lord of Israel, the Almighty decided otherwise. He became seriously ill and he had to spend several weeks in hospital. When he felt a little better, he began to look into the Hebrew Bible. The portion that made a great impression on him was Daniel 9, especially the verses that are never read by Jews. Verse 26 says, ‘The Messiah shall be cut off, but not for himself,’ was a mystery for him, but Isaiah 53 (also a forbidden chapter) shed light. In verse 8 he read ‘…for he was cut off out of the land of the living: for the transgression of my people was he stricken.’ Here it was plainly revealed to him ‘I belong to His people, and therefore, the Messiah also died for me.’

At home again he prepared for prayer, but could not utter a single sentence out of the prayer book before him. He could only think of the words from Psalm 119:18, ‘Open Thou mine eyes that I may behold wondrous things out of Thy law.’ He left the house, walked along the streets and prayed again in the words of the Psalmist, ‘Lead me in Thy truth’. God immediately answered his prayer to lead him to ‘Palestine Place’, a church centre that Rev. Ewald opened. While in the synagogue they celebrated the Passover and Marcus got to know the Paschal Lamb of God.

Accused by the Jewish community, he was detained but the judge recognised his innocence and he was released, while his accusers were put behind bars. With dedication, the new servant of the Lord preached the gospel to the Jews in London and he managed to translate the Old Testament in Yiddish. This pleased his Uncle Woolf who was full of praise about it, but had not a good word to say about his conversion to that ‘Crucified’. Marcus was pronounced dead by his family, but received eternal life in Christ Jesus.

We would love to hear how you met Yeshua. Click on contact to share your story with Jewish Testimonies.
Carl Flesch survived the persecution of Jews in Hungary