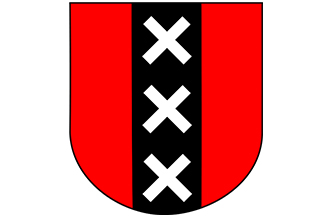 C.W.H. Wedekind speaks about his friendship with his Jewish friend, Meijer Korper in the time just before the Second World War.

We lived in the centre of Amsterdam, close to the harbour. At that time many houses were empty and for rent, including in our street, the Lijndenstraat. I was eleven years old when the Korper family moved in opposite us. The Korper family were, father Wolf, mother Rebecca and two sons Meijer and Loekie. Meijer was a year older than me and although the Korpers were not the only Jewish people in the neighbourhood, it was not a specific Jewish area.

One day Meijer told me that he was a Jewish boy and I told him that I known that for a long time. He asked me if I hated him for that? “Of course not,” I said to him, “after all I play soccer with the Jewish boys.” I played at a club called ‘The Centre’, which was set up by Jewish boys. They even had shirts and shorts in the colours of the Israeli flag.

Meijer and I became close friends. I attended the Christian primary school and he went to special education. In time he came to pick me up after school as his school finished earlier than mine. He would call me, “Harry, Harry!” My fellow pupils would be so scornful and had an air of “there is that stupid Jew again.” At this I would become so angry that would end up punching them, often in the face and as a result I was punished regularly.

One day Meijer asked me what lessons we had in school so I told him that we had arithmetic, reading, writing, geography, national history, French and Biblical history. He wanted to know more about the last subject, he asked so much that I didn’t know what to do. He even wanted to go to my school, but of course that was not possible. I decided then to take him to Sunday school but, because he was Jewish, he wasn’t made very welcome. After a lot of pleading and pointing at a picture where Jesus sat with all sorts of children around Him, he was allowed to come in and sit next to me… all the way at the back against the wall, because then they “would not smell his stench.”

Around that time he did his Bar Mitzvah, “Now I will become a man,” he said and invited me to come to the synagogue for this special occasion, but I didn’t much like the idea.

Meijer kept on asking questions about the Christian faith, but often I didn’t know answers to them. At last I said, “Meijer, go with me to church, there they know much more than I can tell you.” He did so and came under the care of minister Overduijn, who taught him many things about the Bible. Meijer often told me what he had learned. He studied and meditated as a real rabbi about things that were beyond me. I believed in a three in one God, but had to laugh at the thought that a Jewish boy would believe in the Lord Jesus.

When Meijer was fifteen years old, he moved to the Vrolikstraat and I lost touch with him. He became a painter, his father left his mother and married a goy. His brother Loekie went with his father and Meijer stayed with his mother.

It was about a year later that my aunt asked me to visit Meijer as he had asked for me. He said that he would really like to see me one more time. I wondered why he didn’t come to me, but after a few weeks I decided to go to him and his mother allowed me to see him. As I was a goy I was not allowed to enter the houses of my many Jewish friends with whom I played soccer. This was usually the case at Meijer’s house, but now everything was different. His mother told me that Meijer was seriously ill, but I didn’t notice anything different. For me he was still the same. Some months later my aunt asked me again to go to see Meijer and once again I didn’t hurry to visit him.

I go to Jesus

Finally I went to him. His mother let me in and told me weeping, “O, Meijer is going to die.” Then I saw Meijer, he had such shining eyes and he cried to me, “I go home, I go home!” There I was and all I could say was, “Meijer, you are raving, you are at home!” “Yes, here I am at home, but I am going to Jesus, I go to Jesus!” There I was, I didn’t understand it at all. A Jewish boy who said he was going to Jesus. Shortly afterwards Meijer passed away, he was only seventeen years old! His father and mother died in the gas chambers but his brother, Loekie, survived Ravensburg and Mauthausen. I met him one time in the Muiderstraat near the synagogue after the war.

Only 27 years later I started to understand that Meijer, an Israelite, had accepted his Messiah as his personal Saviour. The Lord God spared him from the Holocaust. I believe it was God’s intention that I was a witness of this. I will never forget this and every time that I think about this episode in my life, about Meijer, I am moved and I regret, that I didn’t know then what I know now, that his Messiah is also my Messiah. Meijer has gone ahead of me many years, but one day I will thank and praise the Lamb slain for us together with him forever and ever.

We would love to hear how Yeshua revealed Himself to you. Click on contact to share your testimony with Jewish Testimonies.
Wainer, ‘Why would I believe in the God of the Gentiles?’ (1952...