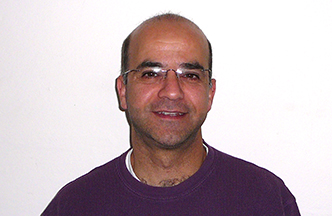 Meno was born into a Jewish family of believers in Jesus, at a time when there were just a handful of Messianic believers in all of Israel. His father, Zvi Kalisher, was a Jewish survivor of the Holocaust and after the war he left for Israel and years later he found there his Messiah. Zvi married Naomi, a Jewish woman from Iran, and together with their three sons and daughter they joined a Messianic congregation in Jerusalem.

His parents taught him the importance of learning the Word of God and of being in fellowship with other believers every Sabbath at the Messianic congregation his family attended. There was strong opposition from those against believers in Jesus, so he did his best to keep his connection to them a secret. None of his friends at school or in the neighborhood were supposed to know that he belonged to a Messianic congregation, since he feared he would be rejected and ostracized. The fact that believers in Jesus are a tiny minority in Israel raised serious doubts in his young mind. Perhaps this whole faith just sprang from the imagination of people who had the facts wrong? He was asking questions such as, “Can it be that all the rabbis are wrong?” “Since the vast majority of the Jewish people rejects Jesus and have been doing so throughout history, should one not assume that the majority is right?” “Can it be that, on the other hand, this tiny group of simple people I am associating with are the only ones that actually have the truth?”

At the age of seventeen, Meno decided that he must acquire some in-depth understanding of belief in Jesus. He understood that he could not rely forever on what he had acquired by his Messianic upbringing, but that his faith had to be based on a personal decision.
Four months of intense study followed. He read and studied the Old Testament and especially investigated some of the major Messianic prophecies thoroughly. Finally he arrived, by the grace of God, at the conclusion that Yeshua the Messiah is truly ‘El-Shaddai’, ‘the Saviour of Israel’ and ‘the Holy One of Israel’. He is the Redeemer promised by the prophets of the Bible. When he discovered that, he experienced God’s real peace.

Then again it bothered him that the believers were such a small minority. Studying and understanding the Word of God brought clarity. He understood that God is the One who chooses His children at His own discretion. By doing so, it is He who decides about the numbers. The fact that he, Meno, found himself a part of the little flock of believers is a precious gift of God’s grace.

From the study of Scripture he came to the conclusion that the most natural thing for any Jew is to believe in Yeshua the Messiah as his Saviour from sin. He finally received a peace and assurance that has never left him since. There was another important fact he learned. It is not the majority that decides what truth is, truth is defined by God! God’s truth is written in the Bible, the Old and New Testaments and the Bible affirms that Yeshua is the Way, the Truth and the Life, for Jews and Gentiles alike! 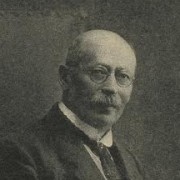 We would love to hear how Yeshua revealed Himself to you. Click on contact to share your testimony with Jewish Testimonies.
Richard Harvey, ‘How can I, as intellectual Jew, believe?’