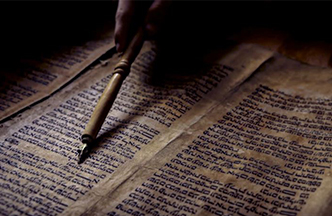 Born of orthodox Jewish parents, my earliest childhood impression was of my parents rising very early in the morning in order to spend a long time reading the Hebrew prayers. From the age of five to fifteen my training was in orthodox Judaism. Would I ever be a Jewish orthodox rabbi? At the age of 16 my parents decided to send me to America to pursue my classical education at the Hebrew Union College in Cincinnati, Ohio. After seven years I graduated from it, having meanwhile also taken my degrees in letters and Hebrew literature, and four years later, my Master’s degree.

I finished the rabbinical course and was publicly ordained and inducted into the rabbinical office. My first call was to Dayton, Ohio, where I officiated as an orthodox rabbi for ten years. In my Friday evening lectures I spoke on social, industrial and economic questions, monotheism, ethical culture and the moral system of the Jews. On Saturday morning I explained the weekly sections of the Pentateuch. On Sunday I taught Sunday School from eight in the morning until five in the evening, with one hour intermission for the midday meal.

A Woman’s Cry Changed My Life

In 1895, a series of meetings was held in the Christian Church at Dayton. I stood proudly before that audience of professing Christians and told them why I was a Jew and would not believe in their Christ as my Messiah and Saviour. I gloried in Reformed Judaism that acknowledged no need of an atoning sacrifice for sin. In the audience sat a humble aged woman, a devout Christian, who was deeply stirred as she listened. “O God,” she prayed, “bring Dr. Wertheimer to realize his utter need of that Saviour he so boastingly rejects.” No doubt others prayed the same prayer.

What unforeseen forces were brought into action, as a result of that unknown woman’s heart-cry! I was perfectly satisfied with life that day, was a Jewish orthodox rabbi of the B’nai Yeshorun Synagogue, had a beautiful home, a comfortable income, a place of prominence in the community, had become an honorary member of the Ministerial Association, had you visited my library at that time you would have found a wide range of reading. We had a large home, two servants, a beautiful baby boy and a daughter, Rose.

Suddenly there came a change! My wife was taken seriously ill and in spite of many physicians and specialists, she died, leaving me a distraught widower with two little children. My dreams of a successful career and serene domestic life were all shattered. Where was comfort to be found? The heaven seemed brass when I called on the God of my fathers! How could I speak, as an orthodox rabbi, words of comfort to others when my own sorrow had brought me to despair? The tenth year of my rabbinical office drew to its close. I decided not to accept re-election, and resigned. I wanted to think things over. I would study! I would turn to my Bible!

I Study Judaism And Isaiah 53

I also began reading the New Testament and comparing it with the Old. One chapter in the Prophet Isaiah, the 53rd, made a definite impression on me, especially last clause of the eleventh verse, ‘…by his knowledge shall my righteous servant justify many, for he shall bear their iniquities.’ Here was the only mention in the whole Bible of that phrase, ‘…my righteous servant…’ It is found nowhere else in the Word of God in either Testament. We have ‘…David, my servant…’ but here it is ‘…my righteous servant…’

I decided it must be Isaiah. But in Isaiah 6, I found it could never be the prophet, for he confesses himself to be a guilty sinner and a man of unclean lips in God’s sight. ‘…my righteous servant…’ who could it be? Then I began to study the context of this fifty-third chapter. In Isaiah 50:6 I found, ‘I gave my back to the smiters…’ I pondered, “Who gave his back to the smiters?” In the beginning of the chapter it says ‘Thus saith Jehovah…’ Jehovah is the only speaker in the chapter. Jehovah, then, gave His back to the smiters? Had God a back? When and why was it smitten? Who smote it? Further I read ‘…I gave my cheeks to them that plucked off the hair…’ and still further ‘…I hid not my face from shame and spitting.’ What did all this mean? Who had been so abused? When? Why? Did Jehovah have all these human characteristics? I studied more and more various prophetic utterances.

In Psalm 110:1 it is written ‘The Lord said unto my Lord, Sit thou at my right hand, until I make thine enemies thy footstool.’ Here was David himself, speaking of his own seed and calling Him ‘Lord’ how did He get up there?

In confusion I decided to begin at the first chapter of Isaiah and read the book through. I was stopped at the ninth ‘For unto us a child is born, unto us a son is given, and the government shall be upon His shoulder: and His name shall be called Wonderful, Counsellor, The Mighty God, The Everlasting Father, The Prince of Peace.’ Here was a most incomprehensive thing! How can a child born of a woman, a son, be called the ‘Mighty God’, the ‘Everlasting Father’?

I was then faced with the doctrine of the Trinity. Sh’ma Yisroel, Adonai, Elohynu. Adonai, Echod. The word echod means one. Taught by the rabbis for ages, that word Echod meant absolute unity. I began to study the word and I discovered it meant, not absolute unity, but composite unity. Let me illustrate. Adam and Eve became one flesh, the Hebrew for one flesh is bosor echod, a composite unity. Moses sent twelve spies into Canaan, and they returned bearing a gigantic bunch of grapes. That cluster of grapes is called in Hebrew eshcol-echod. With hundreds of grapes on the stem it could not have been absolute unity; they are called in Hebrew, one cluster. These and other Scriptures showed conclusively that echod does not signify an absolute unity.

Another problem succeeded it, “Why is the name Jesus never mentioned in the Hebrew Scriptures?” I studied this question. Imagine my surprise when I found that 275 years before Christ, King Ptolemy Philadelphus summoned men from Israel, and bade them translate the Hebrew Scriptures into the Greek vernacular. They took the Pentateuch first and when they came to the name ‘Joshua’ they translated it as ‘Yesous’, written with a circumflex over it to show that there had been a suppression of a Hebrew letter that could not be expressed in Greek. When Joshua went into Canaan with the other eleven spies, he was called ‘Yehoshua’ (Jehovah is the Saviour). That is exactly what the name ‘Jesus’ means.

I could hold out no longer; I was convinced of the truth that God was revealed in Messiah Jesus. I cried, “Lord, I believe that Thou as Yeshua hast made the atonement for me. I believe that Yeshua died for me! From henceforth I will publicly confess Yeshua as my Saviour and Lord!” Thus after months of searching I was convinced that Jesus was the righteous servant of Jehovah (Jehovah-tsidkenu), ‘The Lord our righteousness’!

‘The Resurrection And The Life’

As a rabbi I had learned to give the bereaved some hope on which to lean but how could I give that which I did not possess myself! I gave sympathy, but in times of heart aching grief and tragedy, sympathy is of little comfort. To the heart broken how satisfying and glorious are the words of our Messiah Jesus Christ,’…I am the resurrection and the life: he that believeth in me, though he were dead, yet shall he live: and whosoever liveth and believeth in me shall never die…’ John 11:25,26.

These words became fact when Jesus Christ died for your sins. He became your substitute and took the punishment for your sins upon Himself that you can be free of sin and have eternal life. This precept of substitution of one dying for another is a basic teaching in our Jewish Bible and in Jewish Tradition.

Consider our holiday of Yom Kippur and read the story of Abraham and Isaac in chapter 22 of Genesis in our Jewish Bible. Here we see this principle explained when God Himself provided a substitute in the place of Isaac. Jesus, our Messiah, is your God given substitute. He died so that you, through faith in Him should live.

There is but one source of eternal life and that is Jesus Christ, God’s son, the Messiah of Israel. The great comforting message that I, a Jewish orthodox rabbi Max Wertheimer, am bringing to you today is that you, by faith, should accept Jesus Christ as your Messiah and have new and eternal life. This is what it means to be saved.

Silla, ‘I was absolutely not allowed to read that Book!’ 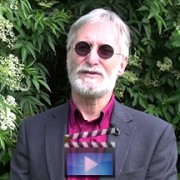 Simon Elman, ‘Jesus redeemed me from my sin’

We would love to hear how you met Yeshua. Click on contact to share your story with Jewish Testimonies.
Guy Cohen, an orthodox Jew, asked his rabbi questions about the Messiah