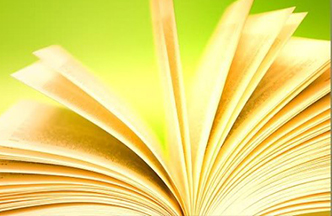 I was born during World War I and grew up in a strict orthodox Jewish home. My father was a devout rabbi and his overriding desire was to make one of me, too. My family lived in a little town near Warsaw where Jewish and Polish families lived, divided by culture, language and religion. Growing up I inevitably came into contact with Gentiles. Sometimes they threw stones at me and shouted “Jew, Jew.” My mother told me, “They are Christians and Christians are Jew-haters, but when our Messiah comes we shall be the head and not the tail. Then we will go back to the Promised Land and no one will persecute us any more.” “But when will the Messiah come?” I asked. “ We don ’t know the exact time, but He will come some day.” This hope accompanied me all my life, it gave me power to endure the suffering and humiliation from my Gentile neighbours.

In September 1939, World War II broke out. I had just received my rabbinical diploma called ‘Smicha’ that past summer. The war however destroyed all my plans. Within six years, six million Jews, among them one million children, were murdered. One third of the world’s Jewish population was annihilated. When in May 1945 the War was over, I was in a concentration camp. I had survived and had high hopes of seeing my relatives again. To my great sorrow I learned that all my loved ones had perished. I came to realise the bitter fact that I was alone in the world without a friend. “Why God,” I asked desperately, “why were You silent in these terrible times for Your chosen people?”

I decided to go to America in the hope that I would forget the dreadful past and start a new life. In 1952 I went to Rhode Island, where I worked as an assistant rabbi. However, there was a great conflict in my heart. I had lost faith in mankind and in the rabbinical legends and teachings. I felt miserable knowing that I, as a rabbi, was teaching the people things that I did not believe myself. I knew that the Talmudic teachings, sayings, scholastic debates, laws, rules and regulations were really of very little significance to us. I saw that 2,000 years of Talmudic, Chassidic, cabbalistic and worldly teachings could not save one Jew from destruction. I realised that we needed a really solid spiritual truth.

One day I came into contact with a missionary on the street who told me, “The Lord sent us to the Jews to let them know that God loves them and wants them to be saved.” “What do you mean saved? How can you speak about love after the Holocaust?” I asked. He smiled and said, “I know how you feel, but real Christians love the Jews and all those who harm them are no true followers of Christ.” I retorted, “Weren’t all those who carried crosses and had pictures of saints in their homes, yet organised pogroms against the Jews of Europe, weren’t they Christians? Weren’t the churches in Poland and Ukraine the main source of anti-Semitism? Didn’t the priests incite their people against the Jews?” He looked at me and said, “The Lord teaches us to love our enemies, to show love to those who hate us. All those who do not obey His teachings are not His followers.” Then he gave me a Yiddish New Testament and said, “Read it and you will find the true teaching of Christ.”

In the next few nights I had much to read. Every line was a great revelation to me. Beginning with the book of Matthew, I was surprised to read that Jesus is of the lineage of Abraham and David. I also noticed that on nearly every page it says, “As it is written,” which means that it was written in our Jewish Bible, the Old Testament. It became clear to me that this book called the New Testament is actually the fulﬁllment of the Old Testament.

The same missionary brought me into contact with a Jewish believer. Together we read the Yiddish New Testament. After a while he told me about a poem called ‘The Sufferer’. He started to read it and asked, “Who is the subject of this poem? Who suffered for our sins? By whose stripes are we healed?”
I answered, “It probably refers to Jesus Christ.” Then he said, “I just copied out and read to you the 53rd chapter of Isaiah. He was the one who wrote about the Messiah.” Imagine my surprise and shock. I did not know Isaiah 53. The only conclusion I could reach was that the main reason so many rabbis and other Jews don’t know the Messiah is that they don’t know the Bible. The same evening I went back to him and told him that I believed in the Lord Jesus. We knelt together and prayed for the forgiveness of sin and for salvation. As a repentant sinner I accepted the Lord Jesus as my personal Saviour.

What a change came over me. I was so happy! I felt a peace, joy and happiness that I had never known before. I was a new person. When I came home I read Isaiah 53 over and over again. It became clear to me that this prophecy expresses God’s glorious plan of forgiveness, reconciliation with God and salvation clearer than perhaps any other passage of scripture. I was baptized and eventually became a preacher of the Gospel. Ever since that day it has been my one desire that others of my fellow-Jews should also come to know the One spoken of in Isaiah 53.