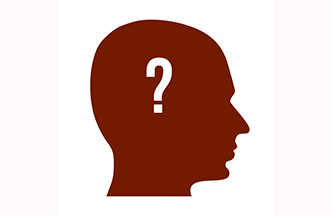 I was born in Brooklyn, New York, in 1941, into an orthodox Jewish family. My heritage is a long line of Russian rabbis and cantors on my mother’s side, and Levites on my father’s side. I attended Talmud-Torah for five years and learned Hebrew, Chumash (the five books of Moses) and the teachings of Rabbinic Judaism, with much emphasis on tradition and liturgy. At my Bar Mitzvah at the age of I3, I was given the privilege of conducting the entire service with a choir and chanting my Haftorah, in my case Ezekiel 22, directly from the scroll without the vowels. How proud my relatives and rabbi were that day! I continued my studies in orthodox customs and observances for several years into my teens.

Unfortunately however, with high school and college, I lost a good deal of interest in Judaism, although I continued to be aware of my rich Jewish heritage and never ceased to believe in God and to pray. With much encouragement and help from my parents I started to study medicine. During this time I began to feel that something was missing in my life and began searching for the meaning of life.

I searched everywhere and tried out various philosophies, cults, religions and New Age ideas. Initially I would be enthusiastic and was frequently deceived into believing I had at last found the best answer to life’s deep problems and questions. However none ultimately satisfied me. There was always a certain amount of truth in each new idea, but they all came to a dead end. While in medical school I became interested in psychiatry, partly as a result of my desire to know more about myself and what makes other people tick. Amazingly, it was through psychiatry that I found something, or should I say someone, real. A psychiatrist had written a book about Jesus Christ, which presented Him as a wonderful person.

Power behind the words

This presentation shocked me as I had never up to that time known anything significant about the life of Christ. This book constantly referred to another book, which I had never read and was actually afraid of: the New Testament.
I was 23 years old when I had obtained my ﬁrst ever copy. I saw strange book titles as ‘Acts’, ‘Romans’ and ‘Corinthians’. I did not know the meaning of these words, so I turned back to a section with people’s names, Matthew, Mark, Luke and John (Yochanan in Hebrew). I correctly assumed that these men had written accounts of the life of the Messiah. I began reading John and the ﬁrst important thing I noticed was that this book was not just a series of stories about a great prophet, but there was also a power behind the words, which made me feel different.

I discovered later that the New Testament writers were all Jews and that Jesus was a Jew. The New Testament (Covenant) wonderfully fulﬁlls the promises of the Old Testament (Tanakh) and is at once its continuation and completion. After three more years it gradually dawned on me that Yeshua (Jesus) was more than just a wonderful person; He was the Jewish Messiah, the unique Son of God. He died as the Passover lamb to make atonement for Jew and Gentile alike.
Judaism taught me that there were three levels of sacriﬁce for sin in Israel: individual sacrifices, such as Abraham offered; family sacriﬁces such as the Passover offered in Egypt, and later national sacriﬁces such as was offered by the high priest on Yom Kippur (Day of Atonement). But where is the next logical sacriﬁce, a universal one? I found this in the New Covenant sacriﬁce of the Messiah Himself, the Lord Jesus Christ. In 1967 I knelt in repentance and accepted Him as my personal Lord and Saviour. It was then that I had found the Answer to the questions of life and experienced the love and presence of God in my life.

Not the only Jewish believer

I continued with five more years of additional surgical, medical, neurological and psychiatric training. In 1972 I began a two-year service commitment as an army medical officer specialising on psychiatry. The Vietnam War was in progress and through a series of interesting circumstances I was promoted to major and made chief of the department of neuro-psychiatry in an army hospital in the USA. I befriended the chaplain there and told him of my faith in Jesus as my Messiah who had died for my sins and risen again from the dead. We met together regularly for fellowship and I began to grow in my faith in Christ. In 1974, with the Vietnam War over, I ‘accidentally’ met a preacher who told me that there were many more Jews who believed Jesus was the Messiah. Up to then I had thought I was the only one in the world! What a joy to meet many of my fellow-Jewish brothers and sisters and share with them my faith in Christ!

There are many deeply ingrained misconceptions about Yeshua among the Jewish people, which have been complicated by Satan’s persecutions of Jews in the name of Jesus. I discovered that more Gentile believers in Christ, real Christians that is, were killed during the Spanish Inquisition than Jews! The question in many Jewish minds is “How can I follow Christ and remain a Jew?” However, the real question should be, “How can I, a Jew, reject my Jewish Saviour who became like His Jewish brethren and died for them?” What kind of love must He have had for us to provide our needed kapporah (atonement) for sin and become our substitute?

We would love to hear how you met Yeshua. Click on contact to share your story with Jewish Testimonies.
Isaac Da Costa, ‘I realised the fulfilment of the prophecies’ (...