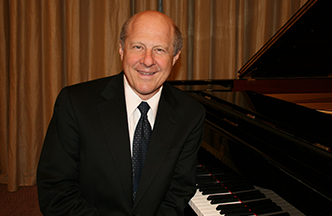 I come from an orthodox Jewish family. My father was born in Romania and my mother was born in Slovakia. They separately fled Europe because of World War II, sensing their danger from the Nazis and met and married in South America where their first 2 children were born. In 1950, they were able to move to the United States where I was born 5 months later.

A successful and proud follower

According to the family tradition, I was raised in a very religious home. I was bar mitzvahed at 13, confirmed at 15 and was faithful in my morning prayers. Besides formal worship on Friday nights and Saturday mornings, I attended religious education classes 5 days a week for 8 years and was deeply committed to my faith.

Even though I prayed at home before school began, I did not live out the moral principles of my religious training during the rest of the day. I often took God’s name in vain and used foul language. I was a very skilled liar, either telling outright lies or exaggerating to show myself in a favorable light.

I began studying piano when I was 9 years old and was committed to the career of a concert pianist by the time I was 11. My dream was to be the greatest pianist in the world and my pride increased as my skills grew. One very important step in my goal to become a concert pianist was realised when I was accepted at the Juilliard School in New York City. There I studied for 5 years and received my Bachelor and Master of Music degrees. I am greatly indebted to my piano teacher and the rest of the faculty who invested their knowledge and expertise in my life.

Studying in New York City at that time was very stimulating musically. It was also very tempting as the drug and open sex culture was beginning to flourish. However, because I was so dedicated to my goal of achieving excellence in my chosen profession, I shunned these sensual excesses and was known as a very moral individual. I never drank, took drugs, or had pre-marital sex. This only served to enhance my proud, self-righteous self-image.

Questions about my orthodox Jewish beliefs

During my third year of study, three male Christian students started questioning me about my religious beliefs and my attitude toward Jesus as the Messiah in particular. I, as a Jew, had never read a word of the New Testament. I also felt that Jesus was to blame for many of the problems the Jews had suffered over our long and troubled history. Jesus could not have been the hope for the Jews. However, these students persisted in talking with me, even though on occasion, I would rail against them in anger.

During this time, however, I began to sense that I was not morally on the inside as I appeared on the outside so I asked for a New Testament. My habit had been to practice my music literally 10 hours a day. I completely stopped practicing as I read and re-read the New Testament, comparing it with Old Testament passages. I was determined to find out for my self who Jesus was and instead of going to religious leaders, I went directly to the New Testament. What I read was quite shocking. I found out two things about Jesus. The first is that He made claims about Himself that, if not true, would label Him as a lunatic or a megalomaniac. Moses and Abraham and other religious leaders never claimed to be the light of the world, or the bread of life. Secondly, I saw Jesus as someone who accepted failures.

Though it was difficult for me to think of myself as a sinner, I was becoming more aware of my moral failings and my inability to change my behaviour, even though I wanted to. Up until this point I only prayed in the name of Elohim (God). However, on May 21, 1971 I realised that I could no longer hide my sinful life from God. For the first time, I prayed to God in Jesus’ name to forgive me of my sins, to take my life and make me His. When I finished praying, I knew that God had heard and answered my prayers. I was completely changed. God cleansed my heart.

Three days later I was in a Bible believing church with my new brothers in Christ and I immediately immersed myself in studying the Bible, meeting with Christian friends and going to church. I had become ‘…a new creation in Christ, with the old passing away and all things becoming new.’ 2 Corinthians 5:17.

My new found faith, however, presented two very momentous challenges. The first had to do with my commitment to music. For years, I had been preparing myself to be the greatest pianist in the world. Now I had to consider what God wanted me to be. Some people suggested that I should play only religious music, abandoning the classical music repertoire. These were troubling new thoughts and I wrestled with them, seeking counsel and reading books to find direction. I came to see that ‘..every good and perfect gift comes from God…’ James 1:17 and that even though most of the composers were not Christians, their musical abilities were gifts from God. As I played their creations, I could give glory to God, the Creator, who had gifted both the composers and me. I also have found that being a musician has given me unique opportunities to share my faith with others and to be a light in the musical world.

The other challenge that faced me as I began my new life as a Christian, was how to tell my parents. My father was 65 and I was afraid he would have a heart attack and possibly even die. Finally, I flew home to tell them what had happened to me. My father was very angry, as he felt that I had betrayed my heritage. He told me I was no longer his son, to him I was dead and that he never wanted to hear from me again. By the end of the week, they told me to leave the house, never to come back. Though I was deeply disturbed by their reaction, I had the joy of the Lord and the peace of God and ever-growing church family. Jesus had said that ‘…everyone who has left houses or brothers or sisters or father or mother or children or farms for My name’s sake, shall receive many times as much, and shall inherit eternal life.’ Matthew 19:29.

On July 14, 1973 I was married to Deborah Chew, whom I had met in church. Fortunately, Deborah and I did not meet until after we were both Christians so that my parents could not say that I had converted in order to please the woman I wanted to marry. It wasn’t until our son, Simeon was born the following August 18, my father’s birthday, that the breach between my parents and I started closing. We were part of their lives again, albeit infrequently and from long distance. Our daughter, Anna, was born two years later and Sarah was born three years after that. When my father became ill in 1995 I was ready to fly to Texas to visit him, but was told that he didn’t want to see me since I had shamed him. He died 4 days later and I did not attend his funeral. My mother lives in a neighboring suburb and our relationship is much better.

Ever since I become a Christian, I had been giving recitals of classical music at churches and Christian colleges and would share how I became a Christian and then challenge the members of the audience to dedicate whatever gifts God had given them to God. In 1989, it occurred to me that perhaps I could travel to different countries and give these concerts for church planting missionaries and national Christians as an outreach event. In 1992, Deborah and I had the opportunity to travel to Europe. Before long, I was scheduled to play in France, Belgium, Russia, and Italy and the Lord blessed these efforts. One missionary said that he made more contacts that one evening than he had made in the past five years.

By far the most important

When our youngest child graduated from High School in 1997, we were ready to make several drastic changes. We moved across the country to a better climate in Mesa, Arizona (a request of my wife’s!) and we became Missionaries on Special Assignment with CrossWorld. Twice a year we take extended trips to different areas of the world, such as Europe and Asia. I give concerts at churches, schools, homes and auditoriums sharing my Christian story and providing just another way for the missionaries and national Christians to reach their friends, neighbors, co-workers and family with the Gospel.

Coming to know Jesus Christ The Messiah is the greatest event that has ever happened to me. Music is not the most important thing in my life, but Jesus Christ is. As I say at my concerts, I won’t be playing the piano in a hundred years, or be married or be a father or have my profession. In a hundred years, the most important thing will be whether or not I have Jesus Christ. Jesus said, ‘For what does it profit a man to gain the whole world, and forfeit his soul? For what shall a man give in exchange for his soul? For whoever is ashamed of Me and My words in this adulterous and sinful generation, the Son of Man will also be ashamed of him when He comes in the glory of His Father with the holy angels.’ Mark 8:36 – 38. 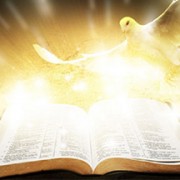 Silla, 'I was absolutely not allowed to read that Book!'

Benjamin, a Jewish pianist who found peace in Jesus

We would love to hear how Yeshua revealed Himself to you. Click on contact to share your testimony with Jewish Testimonies.
Shaul, ‘I met the Messiah through a lie’

Moran Rosenblit, ‘I found the Messiah of Israel in America’
Scroll to top