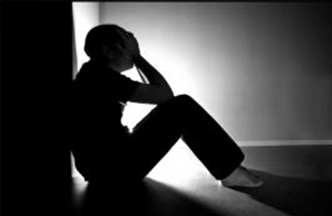 In 1923 Russian born Sara Rabinowitz moved to Central America. After she lost her only son, her grief was great. Then she heard in a talk on the radio that Jesus is a gift of love from God, who came to bring salvation and eternal life. She could hardly believe this. In her despair she prayed to God, “Help me. I want to know the truth about Jesus.”

I was born in the city of Gomel in Russia to orthodox Jewish parents. My mother was very religious and conscientiously kept all the traditions and also taught them to me. As a young woman in 1923, I left Russia and arrived in Mexico with some friends. After a few years I went with them to Costa Rica. Here I met the man, whom later I would marry, and in 1935 we moved to Ecuador.
In this country our only son died in a car accident, this was a hard blow for us. My husband tried to comfort me. He was Christian and now and then talked to me about Jesus but I didn’t want to have anything to do with Him. My parents had raised me to hate Jesus, they had told me that Jesus was the God of the Gentiles and the reason for all our misery. The only thing that I could do to get over my grief was to move to another place. We moved to El Salvador, but my grief became worse and I couldn’t find rest.

Jesus, a gift of Love

During the Second World War, I read in the newspaper that my birthplace Gomel, where my family lived, was completely destroyed. This news brought my sorrow to a climax and I felt so desperate that I felt that I couldn’t live anymore. In my distress I put on the radio and heard, to my surprise, a preacher explaining the history of Jesus. He said that Jesus was a gift of love from God and that He came into this world to bring salvation and eternal life for whoever believes. He explained that God has given his only begotten Son to die for the sin of the world. I had never heard this before and I could hardly believe this. I tried to forget it as soon as possible.

Search for the truth

The message kept on following me and I had to know if this preacher told the truth. Finally I decided to search into these things. I came into contact with a missionary to whom I poured out my heart. I told him about my great grief, my many sorrows and asked him, “Can you help me?” He read some Bible verses with me and tried to explain that Jesus was the Jewish Messiah and that the witness that I had heard on the radio was indeed the truth. He advised me to search the Word of God and ask Him to reveal Himself to me.
When I arrived home, I spent a long time thinking this over. Finally, I took my husband’s Bible and started to pray, “O God, you know how desperate I am. I have no peace, no rest and my grief is great. I want to know the truth. You have to help me and tell me what to do.” I opened the Bible and my eyes fell on Psalm 51. When I read that chapter I became convinced that I was a sinner and that only God could save me. I fell on my knees and asked Him to be merciful to me.

I couldn’t do differently

When I got up I felt greatly relieved, I had the assurance that God had forgiven me. My heart ran over with joy and thankfulness and there was a deep desire in me to read the Bible. The more I read in it, the more I was convinced that Jesus had to be the Jewish Messiah. I couldn’t do anything else, other than to accept Him as my personal Saviour and surrender my life to Him. My husband was very happy, because he had prayed for this. So often he had tried to comfort me with the Gospel, but I didn’t want to listen to him. What a change happened in my life! I was in great darkness, but now I thank my Redeemer that He has come in my heart and given me the light of His knowledge. Before I hated Him, but now I love Him so much that I want to serve Him with all my heart.

Called amongst the Jews

The Lord has called me to bring the gospel amongst His chosen people, the Jews. He answered my prayer by also calling my husband for this work. In His grace He brought us into contact with the Hebrew Evangelisation Society, who appointed us as missionaries amongst the Jews in Mexico.

We would love to hear how Yeshua revealed Himself to you. Click on contact to share your testimony with Jewish Testimonies.
Silla, ‘I was absolutely not allowed to read that Book!’

Nathan Scharf, ‘I came to Jesus as a sinner’
Scroll to top