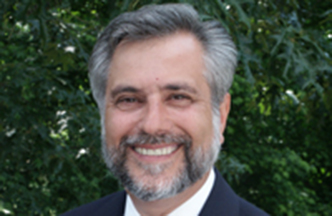 My name is Howard Morgan. I lived a life of sex, drugs and rock ‘n’ roll, but without joy and peace. The Hunter College cafeteria buzzed with pre-holiday excitement as these themes consumed me while waiting for my friends. I wondered, “Who has what today?” Suddenly two strangers approached me. One asked, “Can we talk to you?”

“Sure,” I said, “I’ll talk to anyone about anything.” I had no idea that my openness would completely change my life. I didn’t know that my answer would open a door that I never knew existed. He said, “I want to talk to you about Jesus.” Being open to spiritual things, as I enjoyed occasional late night heavy ‘religious rap sessions,’ I said, “Sure, go ahead. Tell me about Jesus.” At some time during our discussion, I began to review my life up to that point. I was born into a typically modern Jewish home. We observed many traditions, including having a kosher home. Not being overly religious, we attended synagogue only on the high holy days and every year had a Passover Seder (ritual meal). At 13, I had my Bar Mitzvah, the traditional Jewish ‘rite-of-passage’ into adulthood.

My childhood and teenage years revolved around school, sports, and girls. It was pleasant enough, with the expected adolescent difficulties, but nothing terribly traumatic. At 17, my friends and I became ‘hippies’ and hedonists, interested only in women and getting high. During my senior year at Hunter College in New York City, having continued consistently to ‘turn on,’ I slowly began to realise that my life was, in fact, ‘turning off.’ Yet I was powerless to stop it. Besides, where could or would I go, no one had a better way.

I knew that Jesus was the truth

It was with this perspective in mind that I maintained our conversation. As we continued, it became obvious to me that what I was hearing about Jesus was the truth. I felt God’s Spirit all around us and a startling vision engaged my mind. I saw myself as a man drowning in a vast ocean and passing nearby was a large ocean liner. The captain of the ship called to me from the bow, “Howie, I’ll throw you a life preserver and save you, but if you don’t take it, I won’t take responsibility for what will happen to you next.” This mental picture completely stunned me. I knew God was speaking to me and that I had a choice to make.

I was given a little booklet that had a prayer on the back page. Later, as I sat alone on the subway a small, inner voice began to speak. “Howie, read the prayer. Read the prayer now!” Very insistently and persistently, the voice repeated its message to me quite a few times. “O.K.” I whispered to the voice, “I’ll read the prayer.” So I took the booklet out of my back pocket and read a prayer similar to this:
‘Lord Jesus, I need You. Thank you for dying on the cross for my sins. I open the door of my life and receive You as my Saviour and Lord. Thank you for forgiving my sins and giving me eternal life. Take control of my life. Make me the kind of person You want me to be.”

The instant I finished praying, a burst of light exploded within my being. I could actually see it within myself. I felt and saw dark forces leave my body. A tremendous, overwhelming surge of joy and peace flooded my being, along with a fantastic sense of well being. I knew that I had touched God, that He was real and that Jesus was alive! The next morning that same sense of well being remained. It was not at all like the drug-induced highs that always left me feeling terrible. This awareness did not leave, but continued to flow effortlessly through me. For the first time in years I had both a mind and a happy heart. Indeed a heart full of JOY! Over the next weeks and months, my mind was plagued by many doubts and questions about various issues that I had never even considered before (God, the Bible, Heaven-Hell, Judaism, Tradition, Israel, Christianity, Jesus, Church), but my heart was continually filled with great joy and peace. Many people mocked me and rejected my testimony but that never dented the sense of joy and peace deep inside me. I realised that this was the LIFE OF GOD flowing in me, that He was with me, and all I had to do was follow the Bible’s admonition to trust and obey. He would take care of all the rest. Indeed He has!!!

Over the years, through various times of good and bad, hard and easy, God’s great joy and peace has never left. He has led me down different paths and brought me into His work as an international Bible teacher. He supernaturally sent me my wife Janet, and gave us three beautiful daughters.

Jesus will change your life if you sincerely desire it. You must repent, that is, turn away from all known sins, turn to Jesus, trust and follow Him. Then you too will find a new spirit and a new life. Pray the prayer as I did! You may not have the same initial experience, but Jesus will reveal Himself to you, forgive you and give you the gift of the Holy Spirit! 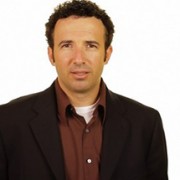 We would love to hear how Yeshua revealed Himself to you. Click on contact to share your testimony with Jewish Testimonies.
Rivkah, ‘I found the Jewish Messiah in communistic Romania’

Guy Cohen, an orthodox Jew, asked his rabbi questions about the Messiah
Scroll to top