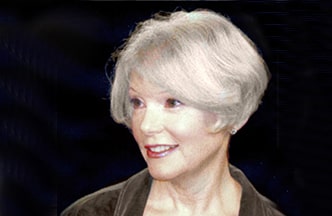 Sharon Allen was active in the ultra-orthodox Chabad centre in Southern California, but then she started to search for the truth about the Messiah.

I was born and raised in an observant Jewish home. As a young adult I married a man from a similar Jewish background and we had a daughter, whom we named Elisa. When she was only a few years old, we divorced. Elisa and I moved to Orange Country, where I met my new and present husband, Ron Allen. He knew I was Jewish and that I was raised in an observant Jewish home. All I knew about Ron’s religious background was that he was a Protestant but he hadn’t been to church since he was a teenager. As Ron got to know our Jewish traditions, he embraced them as his own and eagerly participated. We were active in Chabad and became attached to the rabbi, Mendel Duchman, whom we admired and respected.

Having a Jewish home and raising Elisa Jewish was foremost in my mind. So for me it was clear that Ron should have a kosher conversion to Jewish faith. I told Ron about the three ceremonies that would be required. I explained that males needed to be circumcised and it would also be necessary for him to be immersed in water in a mikvah. The third ceremony is the renouncing of a person’s prior beliefs before a Beit Din (council of rabbis). Ron agreed to all the ceremonies but the last one. He said he just didn’t think he could renounce Jesus. I was horrified! My husband had never mentioned Jesus, hadn’t been to church for more than 30 years and had never used the words Christian, Christ or New Testament and now he was telling me he couldn’t renounce Jesus! I was so upset. I said to my husband, “This is crazy. You’re such a smart and logical person and such a successful businessman. How can you believe in something so pagan?” Then in the midst of my horror came this calming thought, “I’ll just begin to read the Jewish Bible and in no time at all I will be able to show my husband the Scriptures that will prove to him that Jesus could never have been the fulfillment of the Jewish Bible.”

Jesus in the Bible

That morning I began to read my Bible. I prayed to the God of Abraham, Isaac and Jacob to show me the truth and to help my husband become a Jew. I started and continued to read page after page. I was amazed at what I found written within the pages of my Jewish Bible concerning the Messiah. Where He would be born, how He would live His life and the miracles that He would do. The Bible also speaks of His suffering and death. It frightened me because what I read sounded very much like what I heard said about Jesus.

When I finished reading my Bible, I was confused and frightened. The thought came to me, “Sharon, how dare you think that you could interpret the Bible by yourself, as if you knew as much as a rabbi.” I remembered that the rabbis say, “You cannot understand the Bible without the Jewish Commentaries.” So I bought several commentaries. On and on I studied, hoping to find the key to destroying the thought that this goyishe messiah is the real thing, the Jewish Messiah. During the next few months, my home library increased and my fears multiplied proportionately to the amount of books I accumulated.

Up to this point I had studied in private and only my family knew what I was reading. The time had come, however, for outside help and so I called Mendel and Rochel and told them that when I read my Bible, I saw Jesus. I asked Mendel to help me. Mendel knew a professional who works with people like myself and two nights later I received a phone call from Rabbi Ben Tzion Kravitz. I gave him a little background about my research and explained how it began. He came to our house and for the next ten hours, the rabbi and I discussed the Bible, Jewish history, and tradition.
After many conversations, the rabbi suggested I talk to someone else. He recommended Gerald Sigal in Brooklyn, New York, author of ‘The Jewish Response to Christian Missionaries’. Our conversations continued for some time until Mr. Sigal told Rabbi Kravitz I was “too far gone” to be helped. Rabbi Kravitz was upset with me and accused me of not really wanting to know the truth. The rabbi didn’t understand I was desperately seeking the truth and would go to any lengths to find it!

A short time after this, I received a phone call from Rabbi Duchman. He told me about an internationally known deprogrammer, Rabbi J. Immanuel Schochet, who would be speaking soon at my daughter’s Yeshiva. That night proved to be a turning point in my search for the truth. The rabbi’s speech centered on the generalities of Jewish home life and the problems facing the family. After the rabbi completed his talk, he asked for questions. Someone expressed his concern about missionaries who wanted to teach his children about Jesus and then a man asked what he should do when his child comes home asking him about Scriptures with which he, as a Jewish parent, is not familiar. At this point, Rabbi Schochet grabbed the sides of the podium and shouted to the audience, “Never under any circumstances does a knowledgeable Jew ever turn to That Man!” (“That Man” being a name that Jews call Jesus when they don’t want to say His name.)

I felt the rabbi was talking directly to me so I raised my hand and asked, “Rabbi, what do you tell someone like me who knows Yiddishkeit, follows Judaism, has a Jewish home and yet when I read the Jewish Bible, I see ‘That Man’?” My question hit like a bombshell and for the few next hours we discussed Yiddishkeit, Jewish customs, the Bible, and other subjects. When midnight approached, the rabbi was anxious to close the meeting, so he said what he considered to be the words that would show me and all the others in the room why Jesus could not be the promised Messiah. He shouted to the audience that Jesus committed blasphemy from the cross. Then in an angry, mocking tone, the rabbi quoted Jesus saying, “…My God, my God, Why hast Thou forsaken me?” Matthew 27:46. I was horrified at Rabbi Schochet’s tone of voice and accusation that Jesus had committed blasphemy. I found it amazing that in his anger, he apparently forgot that the statement Jesus made on the cross was first said by our own beloved King David in Psalm 22. Would any Jew dare to say that David committed blasphemy? That night I told my husband and daughter, “I have no more doubts … Jesus is my Jewish Messiah.” 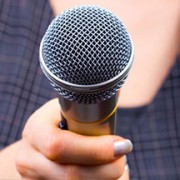 Shaul, 'I met the Messiah through a lie'