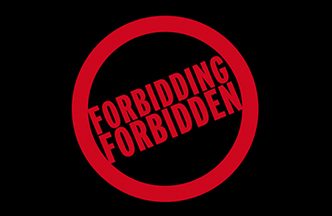 I was raised according to the Jewish traditions. I was absolutely not allowed to touch the New Testament. But when I heard that Jesus was a Jew, I started to read the book. I saw that the two belonged together and only then could understand the Tanakh.

Raised according to the Jewish traditions

My parents met each other in Colombia. Both fled from Europe in time to escape the Holocaust. My mother was Russian and my father came from Poland. At home seven languages were spoken! I was born on Curaçao and there I was raised according to the Ashkenazi-Jewish traditions. I remember very well my Bat Mitzvah. As a twelve-year-old girl I chose consciously for the God of Abraham, Isaac and Jacob.

Nevertheless I grew up in two different cultures. Opposed to the Jewish influences of my parents and grandparents was the daily ‘education’ of the Christian servants. They would often tease me with awkward questions such as, “What would you do, when a donkey falls in a well on a Sabbath?” I surely would not have taken him out! I had never heard about this Jesus. No, I had heard that Name, only as an expletive and even my Christian school friends never really told me who Jesus was. My parents were liberal, but the New Testament was kept away. I was absolutely not allowed to read that Book!

When I was fifteen years old I decided to make aliya, to go to Israel, all by myself. In one way it was an escape as I wanted to prevent myself from being given in marriage against my will. In another way I had a deep desire to get answers in Israel to the many religious questions I had and to go deeper into Orthodox Judaism. I became super orthodox, I studied the whole Mishnah and I knew nearly all the Tanakh by heart, but I didn’t understand it at all at that time.

I studied for some time at a college in the United States and ultimately ended up in the Netherlands, together with the man that I knew from my schooldays on Curaçao. There an Aunt of my partner was used, by God, to change my life completely. This Aunt told me that Jesus was a Jewish man! As she knew that I liked to read, she gave me a book … a New Testament. Yes, and if He was Jewish, why should I not be allowed to read that Book?
In the orthodox education that I had received in Israel I had learned the Tanakh by heart, but only by reading the New Testament did I start to understand the Tanakh. I also started to see that both parts belong together and that Yeshua really had to be the Messiah to whom the Scriptures refer. Initially it was very confusing, how could I reconcile the stories from my youth, from my home as well from the orthodox rabbis, with this? From my mother I had heard, more often than not, about the wrong that the Christians had done to her. My grandfather, a real ‘cohen’, someone from a priestly family, told me, “That Book is forbidden territory, you are absolutely not allowed to touch it!”

However I could not stop reading the New Testament and read and thought it over for three weeks non stop. At first I didn’t understand those Christians, because it appeared to be a Jewish book! One verse stood out, namely Philippians 2:13 “For it is God who works in you both to will and to work, for His good pleasure.” During this period of searching for God’s way, the Almighty brought me in contact with the ladies De Kock and Goedhart, two Dutch ladies who distribute Bibles to Jews. I still have the bilingual Hebrew-Dutch New Testament with a dedication in it written by them. I visited them together with a Portuguese Jewish girl. It was also through this special encounter that I came to a real surrender and give my life to Yeshua ha Mashiach.

It was God Himself that worked the will in me to let myself be baptised. For that I travelled again to Israel, where Jacob Damkani baptised me at the end of 1988 in the Mediterranean Sea near Jaffa. I am terrified of fishes, but not that day! The Bible verse that I received at my baptism was 2 Corinthians 5:17 “…the old things have passed away. Behold, all things have become new.” And yes, I changed. People saw that I had such an inner rest. I was not easy to get on with before, I could really be ‘a roaring lion’!

Back on Curaçao my father also noticed that I had changed. He asked me, “What happened to you? You have become so quiet?” I told him that I now believed in Yeshua ha Mashiach. My father, also from priestly descent, told me then, “If you are so happy and so peaceful, you have all my blessings.”

I didn’t have an easy life. Many unhappy years of marriage ended in a divorce. My motto “why do things the hard way?” didn’t help me either. I went through grief, trouble, ill treatment, rejection and humiliation… however I can say now that it was all worth it. I have got to know Yeshua and He has gone through so much worse. Above all that I have received so much in Him, the new life and a whole new ‘family’. So superb! I would really not want things to be any different. I am still a real Jewess, but now I feel totally complete. Yes, it is finished!

*Silla is a pseudonym. The editors know her name and address.

We would love to hear how you met Yeshua. Click on contact to share your story with Jewish Testimonies.
Alexandra, ‘Through Jesus I found an eternal Home’ (1966-1999)

Sara Rabinowitz prayed to God in her despair
Scroll to top