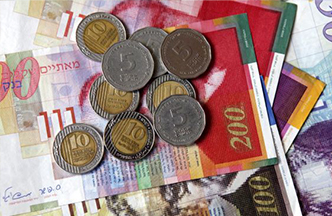 Russian born Valodja was raised under communism. He lived for money and led a luxurious life. When he ended up in prison by taking risks, he got addicted to alcohol and drugs. He managed to break the addiction to these, but his life was empty. He moved to Israel and discovered that he had to choose between belief in Jesus Christ and money…

As a little child I often heard people say, “Slava Bogoe!” that means, “Praise the Lord!” I asked my older sister, “Who is God?” She answered, “He lives in heaven.” I couldn’t understand how that was possible as in school we learned that there was no God. The cosmonauts hadn’t seen Him during their space travels!

We were poor, as most of the Soviets were, but I could learn well and my parents wanted me to go on studying, so that I would do better. However, I had to do military service first and there we learned that we had to be honest and brave soldiers to be able to protect the USSR against our enemies, the imperialists of the West.

Yet I thought to myself, “Wouldn’t it be nice to live in wealthy America!” After my military service I received, as a student, only a very small scholarship. I decided to leave university and work on the market. I went on to live a carefree life. I had money, I was young, I had a girlfriend and I was healthy.
Yet it also made me sad that I didn’t finish my studying. The studying I needed for my self-respect. Now I was respected because I knew how to make money. I came to the conclusion that money was the most important in life. I started to sell beer from the barrel and made a lot of money, life was good. I married a sweet girl and we led a life of luxury with expensive clothes, red caviar for breakfast and holidays at the Black Sea.

I took risks and ended up in jail, this was a horrible place. I started to use alcohol as a medicine against the fear and, after a few years, I became an alcoholic. My mother cried, my wife cried. I wanted to be a good son and a good husband and quit drinking.
It appeared to go well, but every day was the same, I longed for a change. I deceived my wife and started to use drugs and soon I was addicted. I forced my wife to do the same. Sometimes I brought addicted women in our home. Nobody could harm me, I thought because I had money. We lost all respect for life, it had no use anymore. Nobody could help us, “O Lord, what should I do?” I didn’t know the answer.

After two years we decided that we wanted to stop with the drugs. It was a very difficult time. We considered it a great miracle that we managed to do it. Life went on, but slowly it became empty. Looking back on my life I could only see greed, vodka, women and drugs. I didn’t want to live for money anymore and quit my job. My wife told me that I was insane and left me for a ‘normal’ man. My friends forgot me because I didn’t have money anymore. To forget my loneliness and sorrow I started to drink again. When I was sober I thought, “Who on earth am I?” I possessed an empty house and an empty life so I decided to leave my home country. The United States closed their borders for immigrants from the Eastern block, which is why I went to Israel. I worked to stay alive and drank vodka.

Even not for a million

In Israel I met a believer who told me about Jesus Christ. I loved him; he was a kind man, who helped me when I needed it. I saw a movie about the life of Jesus and I cried and I thought to myself, “If only I could become so kind as my new friend who believes that Jesus Christ is the Son of God!”
Yet I knew that I had to choose between my belief and money. Could I sell my belief for money? No, never, not even for a million! A heavy load fell off my shoulders when I took that decision. Money had destroyed my life. It made me an alcoholic and a drug addict. My whole life had been living for money and my life become a lie.

Now I am happy, I can say in truth, “I believe in Jesus Christ, He is the Son of God.” He saved my life, He heard me when I wept and said, “O Lord, what should I do now?” Now I know – serve God and Him alone!

The day that I became conscious of that, in the spring of 1995, was the most beautiful day of my life. Now I spread the witness of the crucified and risen Messiah in Israel amongst the Russian Jews. 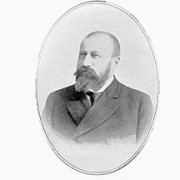 Alexei, ‘The real meaning of life’

Rivkah, ‘I found the Jewish Messiah in communistic Romania’

We would love to hear how you met Yeshua. Click on contact to share your story with Jewish Testimonies.
Simon Elman, ‘Jesus redeemed me from my sin’

Betty Moscoviter, ‘Jesus delivered me from hate’
Scroll to top