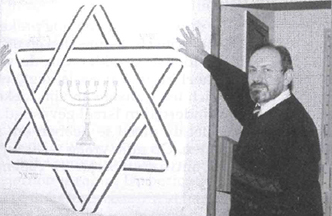 I was born into a traditional Jewish family. Although my parents were atheists, our family celebrated the Jewish feasts such as Rosh Hashanah, Purim, Chanukah and Pesach; all accompanied by the corresponding traditional dishes. I looked forward the most to Chanukah, because then I would get Chanukah money. The spiritual meaning of the feasts passed me completely. I remember my grandfather with his tallit (prayer shawl) and his siddur (prayer book) in his hand. He prayed regularly and also from time to time a minyan, a group of ten Jewish men, came together in the house of my uncle. This all happened secretly, because such a meeting was forbidden in that time. In spite of all this religious diligence, little real knowledge of God could be found.

Only while in military service did I start to think about the existence of God. A Jewish man from Krasnodar in Russia was my buddy. Often we would speak about subjects as creation or evolution, but to the most important question, if God exists or not, we could not find a satisfying answer. When I left the army, I took a subscription to the magazine ‘Science and religion’. Here, I hoped to find the answer to my questions. At that time it was impossible to purchase a Bible. For my desire to get to know God I had to use other sources.

After some time I married and moved to Kiev, where I found a job as installer of laser equipment. In that company, the Lord brought me into contact with a Baptist brother. He started to tell me about the Lord Jesus as the Way of salvation. I didn’t understand anything about it. Why would I, as a Jew, have to believe in the God of the Gentiles? That changed when I discovered from God’s Word (I had a Bible by then) that the Lord Jesus is, just as the apostles were, Jewish. Slowly but surely the gospels and the letters started to speak all the more clearly to my Jewish heart until the moment that I was convinced, that forgiveness of sins and eternal life could only be received through belief in the Lord Jesus as my personal Saviour.

In 1986 my wife and I started to attend the Baptist church. This church was not registered at that time, so we had to have our meetings in the forests. That didn’t hinder us to praise the Lord but it was still not an easy time. At my work place I was warned for my being Christian and even threatened, but I didn’t let myself be intimidated. “If the Lord forbids, no one will be able to harm me,” I told my boss. We were also accused of being CIA agents. This was during the Andropov-Chernenko period, a time in which the persecution of Christians was raised. I didn’t expect any support from my parents and also at my job the resistance against my belief grew. They threatened to fire me if I didn’t turn my back on ‘my hobby’ as they would call it. I was not only a Christian, but also Jew and experienced, because of that, double opposition. However, nothing happened, not even when I was baptised in 1988 and became member of the Baptist church.

Growth of the Messianic movement in Ukraine 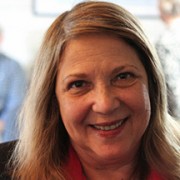 Rivkah, 'I found the Jewish Messiah in communistic Romania'

We would love to hear how Yeshua revealed Himself to you. Click on contact to share your testimony with Jewish Testimonies.
Zvi Kalisher, ‘Was it God who was with us?’

Meijer, a Jewish boy who believed in Jesus
Scroll to top